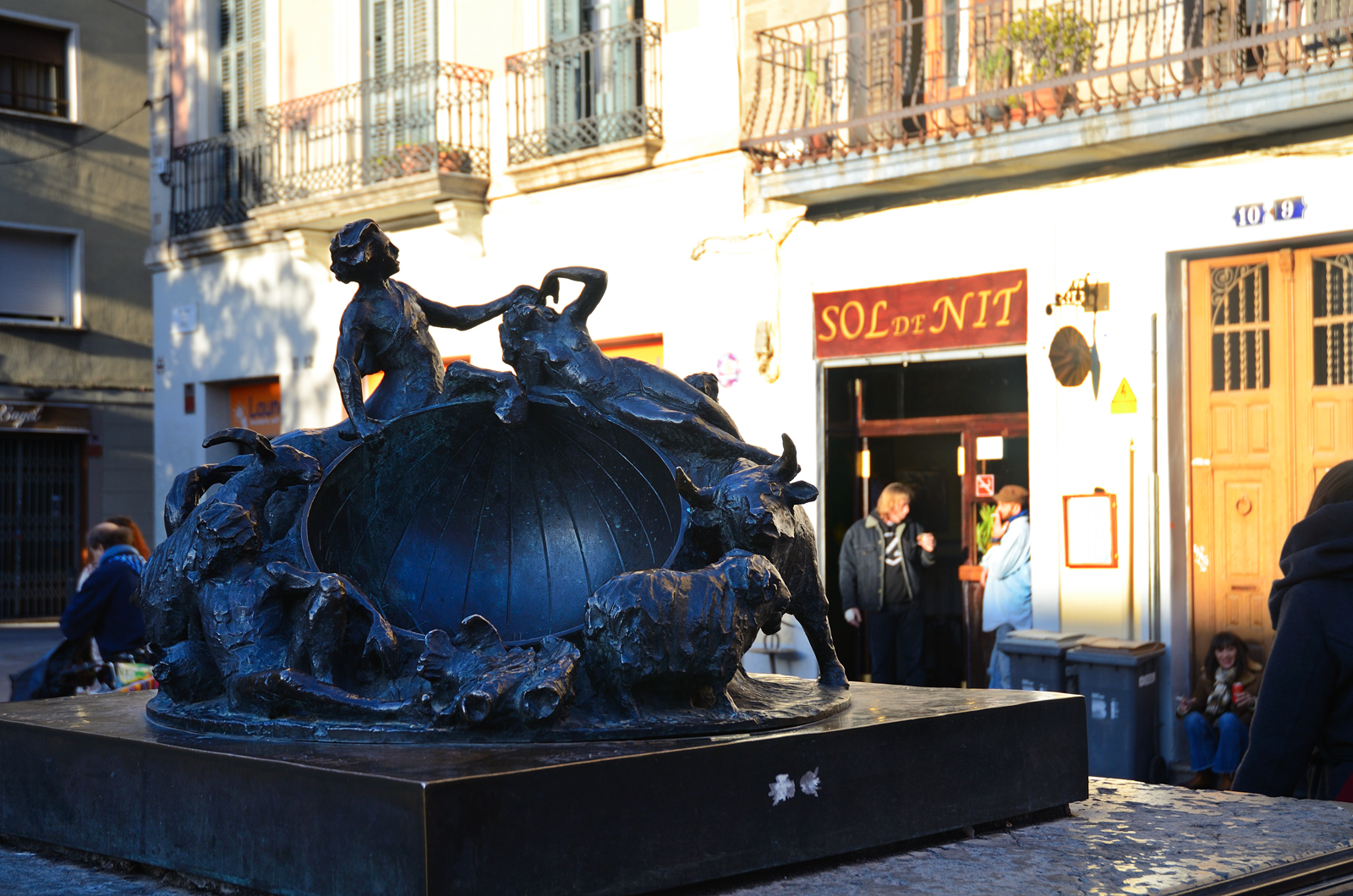 One of the most beautiful squares in the bohemian Barri de Gràcia in Barcelona is Plaça del Sol.

This square was built in 1840 and has a surface area of ​​2,502 m2. There used to be a bomb shelter in this place during the Civil War but it was demolished during the latest urban renewal in the area back in 1986 led by architects Jaume Bach and Gabriel Mora Gramunt who placed this nice sculpture called Astrolabe by Joaquim Camps on one side of the square.

Plaça del Sol (Sun square) is surrounded by streets such as Lluna (Moon) and Planeta (planet) in accordance with the astronomy related theme used by the architects.
Posted by Carlos Lorenzo