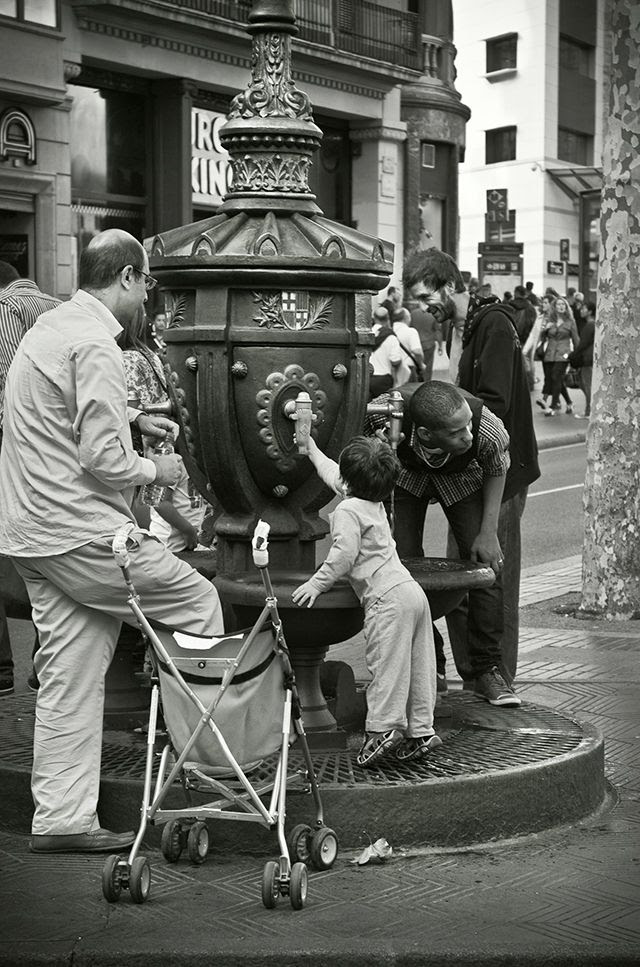 I don't know in your city, but some Spanish soccer teams have this special place to celebrate victories, or better said, a meeting point for their fans, usually in open spaces around a fountain or a roundabout. In our collective memories that special object or place becomes some sort of ancestral totem, an emblem to tell adversaries that we have won and everybody should show respect. Of course, this sounds pretty boastful, but you know what I am talking about, in 2010 we still use the language of the tribe, we have an area for our rituals and we dance around our totem, chanting menacingly to scare away evil spirits and daunt our foes. FC Barcelona enthusiasts concentrate around Font de Canaletes a small modest all-in-one water fountain and lamp post with a lot of history in Las Ramblas, maybe not as opulent as their main rival's favorite place, you know who I am talking about, but a totem that talks of brave people that deserve a lot of respect. Long live FC Barcelona!
Posted by Carlos Lorenzo