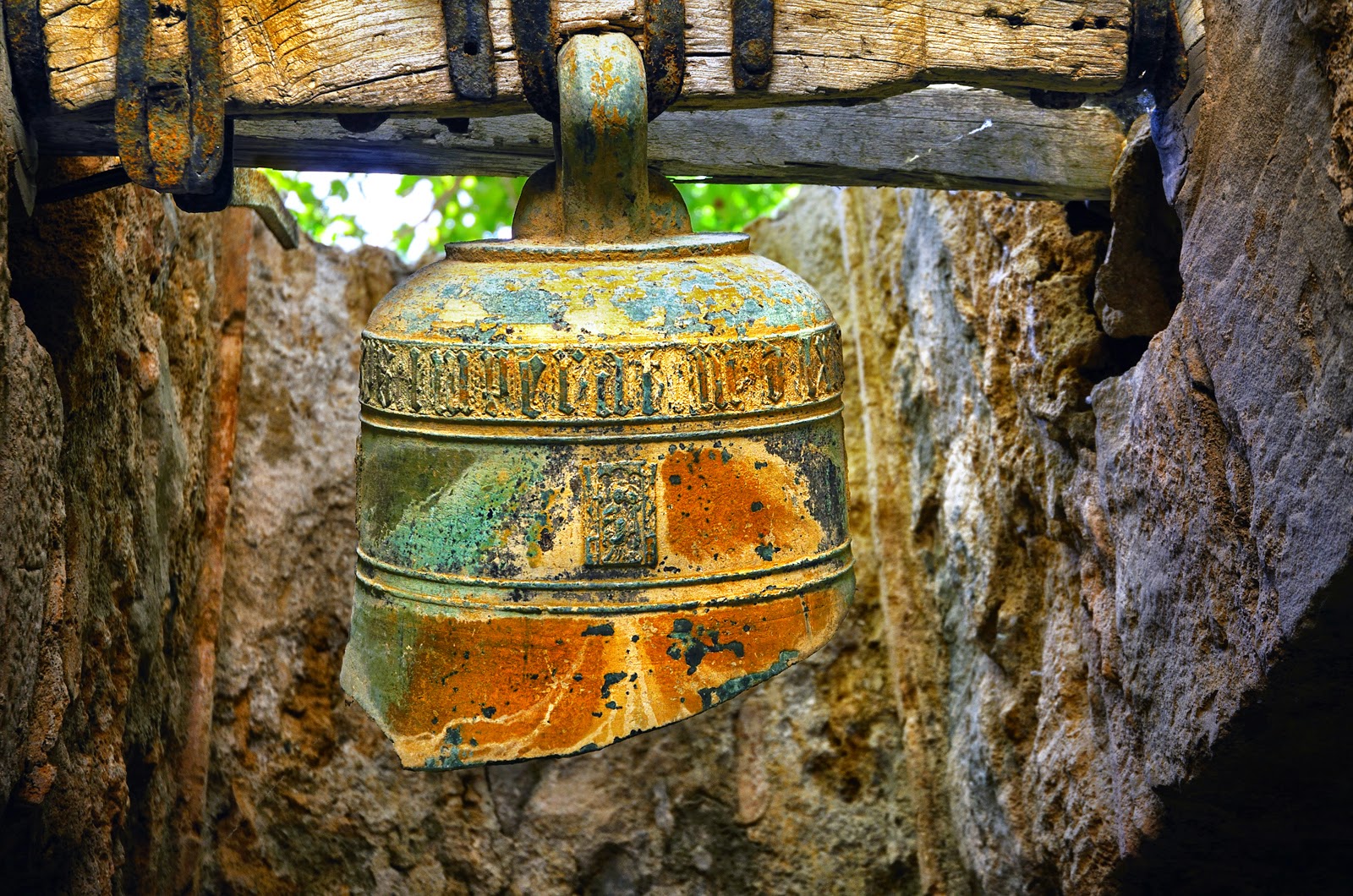 Sant Miquel del Fai has been featured in this blog in the past. I recommend you follow the previous link for more information about this natural park. In fact the bell was included in yet another post titled Sant Miquel del Fai Church. I really love this broken bell standing still, enduring the passing of time, right in front of a church built under a cave, in a place that seems to have held acts of pagan cult a long, long time ago and that later became l'Església de Sant Miquel (the church of Sant Miquel) around the 10th century. There is nothing like the charm of an ancient object such as this beautiful bell to blow your mind and embark you on a voyage towards a time of faith, self sacrifice and devotion when monks decided to seclude themselves in the most incredible places to carry the word of their god.

Update: Sant Miquel del Fai, up to now (2017) a private estate,  has been bought by local Barcelona authorities by 1.3 M eur and remains close now. It will be opened to the public in 2018. Entrance will be free.
Posted by Carlos Lorenzo