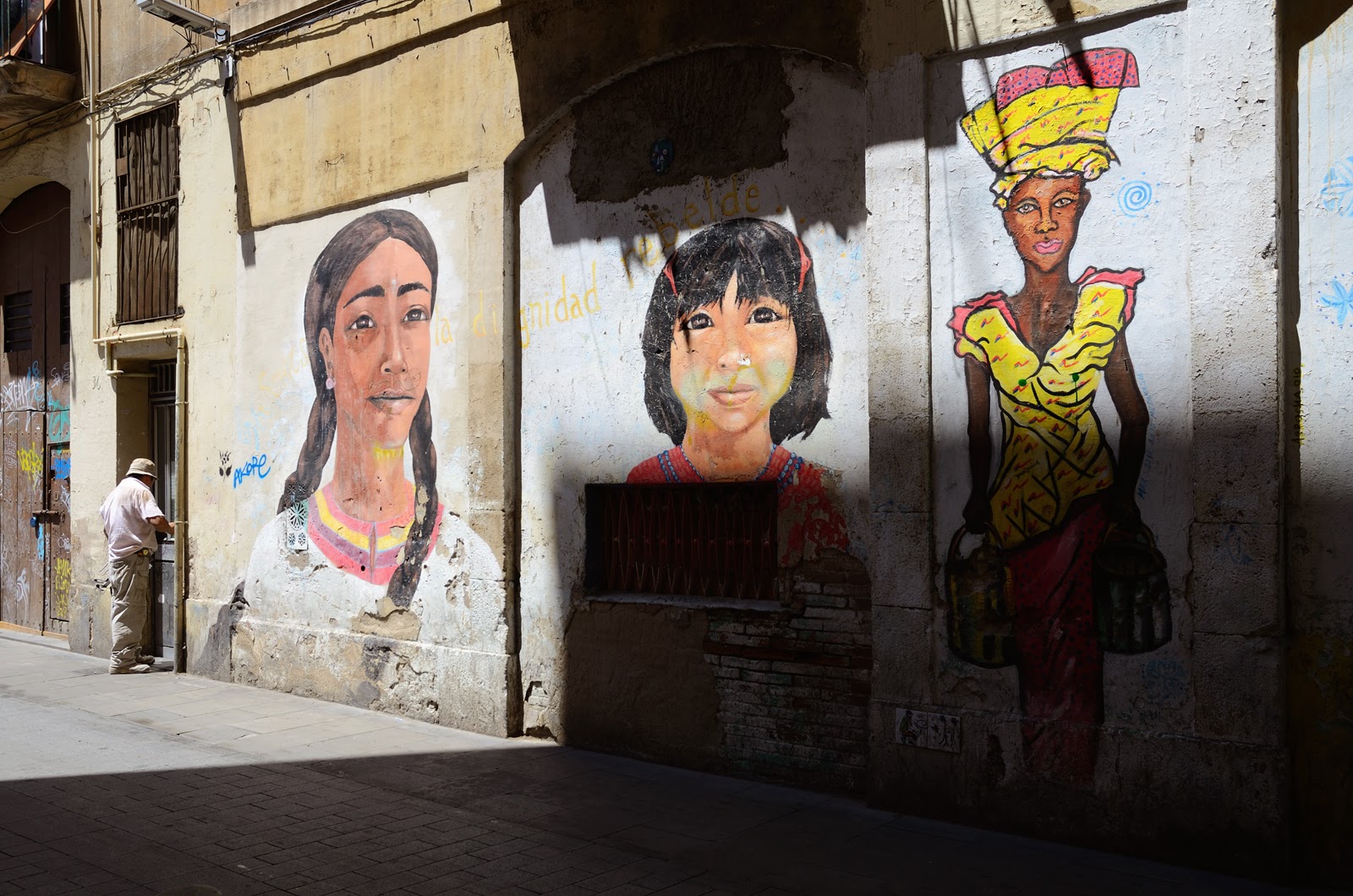 On one of the alleys that ends up in La Rambla del Raval, there is this beautiful mural showing the multiethnic diversity that characterizes this neighborhood in the old part of Barcelona city. Unfortunately it is hard to know who's art this is sometimes, I hope the author reads this post and give his name. It is not strange that artistic manifestations reflect reality: El Raval quarter represents 3% of Barcelona's population. There are almost 45.000 hab./km2 in this area, a figure that clearly doubles the 16.000 hab./km2 for the whole city. More than half of the inhabitants in El Raval, are immigrants. In 2012, there was an 18% increase in the number of inmigrants in Barcelona, while there was a 49% for El Raval alone. Many nationalities are represented in this part of town, but the most significant in members are Pakistán, Philippines, Bangladesh and Morocco.
Posted by Carlos Lorenzo