Barcelona Photoblog: Casa Berenguer or Casa Clapes - A Modernist Building with a Textile Past 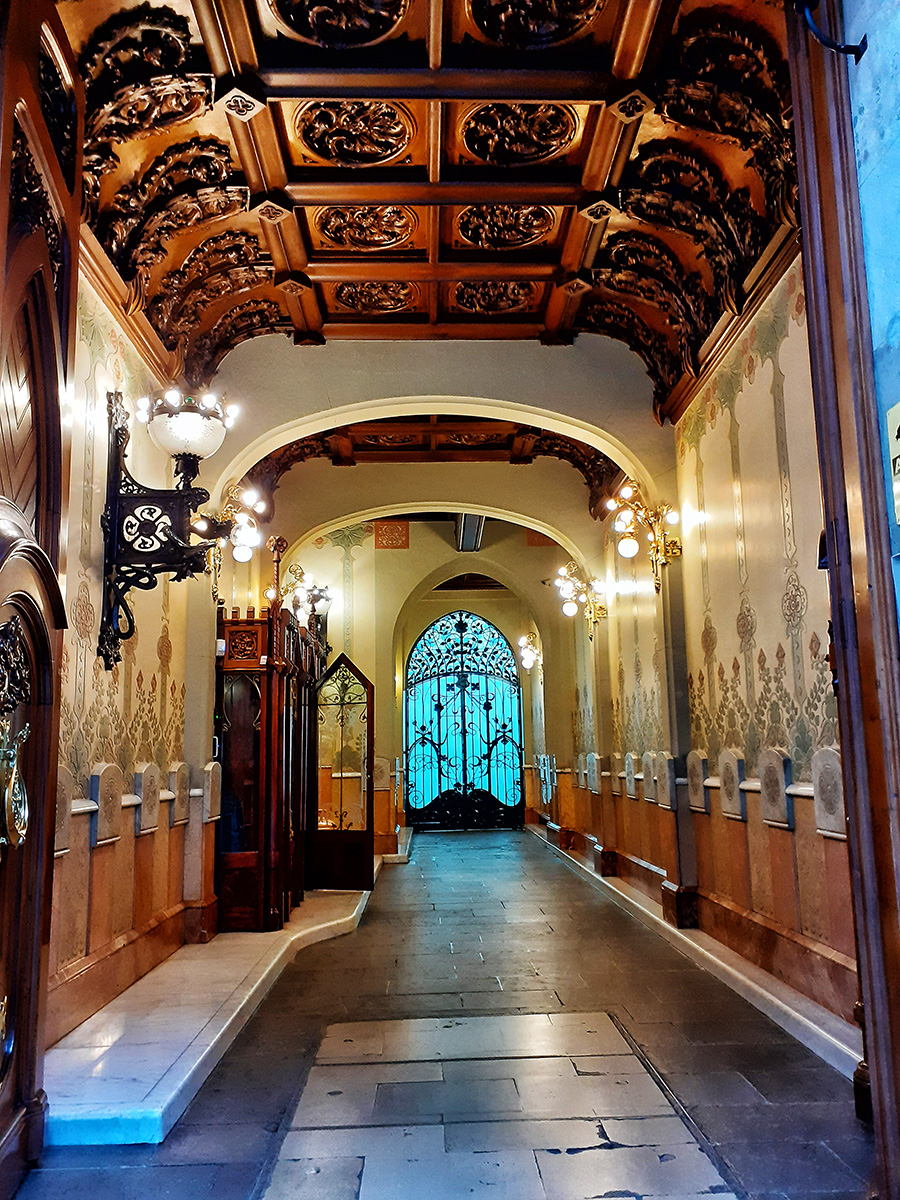 This is the story of Casa Berenguer aka Clapes, yet another good example of Catalan architecture:

It was the start of a century, times of prosperity, of fortunes amassed thanks to the endeavors of the Catalan bourgeoisie not only in Cuba before the war of independence but in the textile industry, the bulwark of the local economy. Bear in mind that it was in Catalonia where the first textile machinery was imported from Great Britain and its leadership in this sector has remained till today (from the 10 top companies in the Spanish textile market 7 are Catalan). Within this context and in combination with an artistic boom in all aspects of life, probably due to the economic bliss, distinguished families of well-being decided to hire famous architects that embarked in one of the most remarkable urban projects of the moment in Europe. Thanks to that spirit, that capitalist greed transformed into a sudden burst of interest in art, now we can admire everyday, for free, these hallmarks of Barcelona city.

The story of Casa Berenguer begins with the Berenguer family of course and a lime factory in Altes, region of Bages. The years of dedication of Josep Berenguer Vilarasau in that factory inspired his descendants (from a family of weavers) that after his death in 1895, created a textile society called Nephews of Berenguer. The members of this society, Josep, Casimir and Francesc Clapes Berenguer bought a parcel of land from Sons of Antonio Escubos company.

It was 1905 and the Berenguers decided to commission brothers Bassegoda i Amigo (Casa Bosch Alsina  1891 - 1892, Casa Rocamora 1914) to build a multi-family house that would hold their society headquarters and some rental apartments. The modernist house was finished in 1908. As an anecdote you should know that one of the brothers, Bonaventura Bassegoda i Amigo was a full professor and director at ETSAB (1922 - 1924), old Escuela Provincial de Arquitectura de Barcelona, founded in 1875 and first one in Catalunya.

Casa Berenguer was remodeled in 1990 by a private company that offers offices for rent. It was thanks to that meticulous renovation that we enjoy the view in the image above of this unique modernist house included in the Architectural Heritage Catalog of the City of Barcelona.

When we approach the façade of Casa Clapes, we are attracted like bees to flowers and stand amazed at the entryway, one of those ample porticos mostly prepared for carriages, with the elaborate woodwork by Joan Busquets i Jané, famous furniture maker and decorator (1874 - 1949) in the porter's sentry box and the coffered ceiling illuminated by marvelous lamps profuse in ironwork.

Outside, over the ground level, four floors of beauty rise before us, two of them festooned with an enormous tribune or gallery in which textile scenes abound and an upper one boasting two large balconies over which appears the image of a woman in the act of spinning.

After sharing with you, Casa Berenguer, one of the many works of our artists it is time to keep walking. Who knows what architectural troves we'll find along the way! 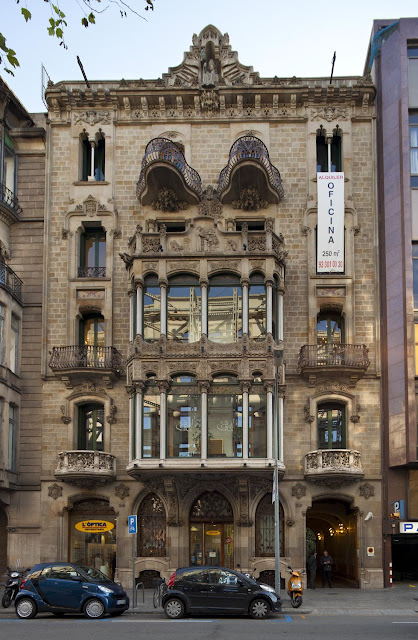