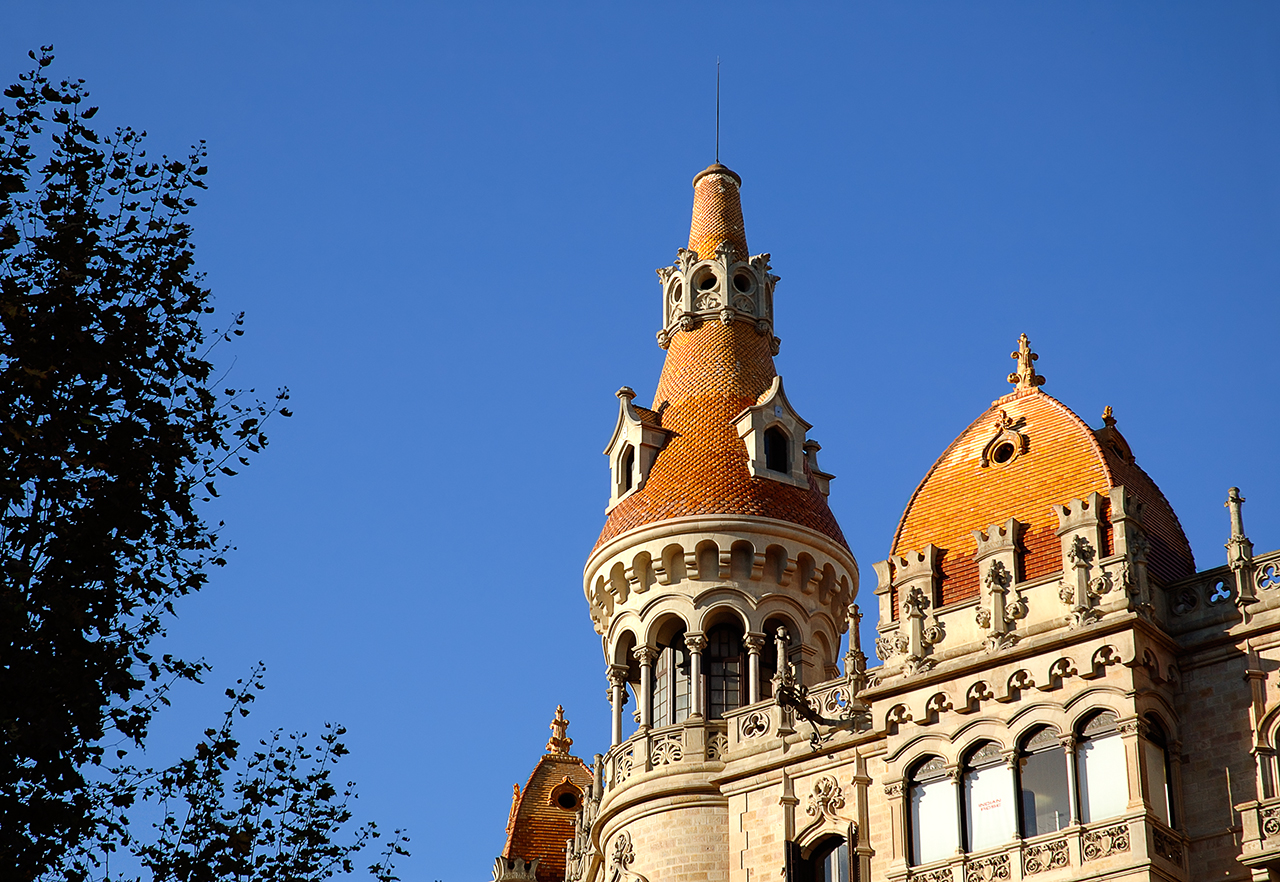 Casa Rocamora on the corner of carrer Casp and Passeig de Gracia very near Plaça Catalunya.

Manuel Rocamora belonged to a Catalan bourgeois family that was prosperous making tallow candles and soaps. He was a collector of art thanks to his mother. The family industry of spark plugs and soaps was called Rocamora y Cia, and owes its growth to trade with the Spanish colonies of Cuba and Puerto Rico. It was founded as such by Marcos Rocamora in 1845.

At the end of the 19th century Barcelona appears as the great Spanish soap-making center, and all due to the Rocamora family. Its growth is closely linked to trade with the colonies, for this reason the loss of colonial trade meant the bankruptcy of the factory. The factory will close its doors in 1956.

Casa Rocamora, one of the most beautiful representatives of Catalan Art Nouveau with a touch of Renaissance Gothic influence was built by Bonaventura and Joaquim Bassegoda in 1914.

It is not the first time I include this house in Barcelona Photoblog but since the last picture was taken with an old camera which didn't favor the building too much I thought, why not giving it a second chance? Please check my original post: Catalan Modernisme: Casa Rocamora