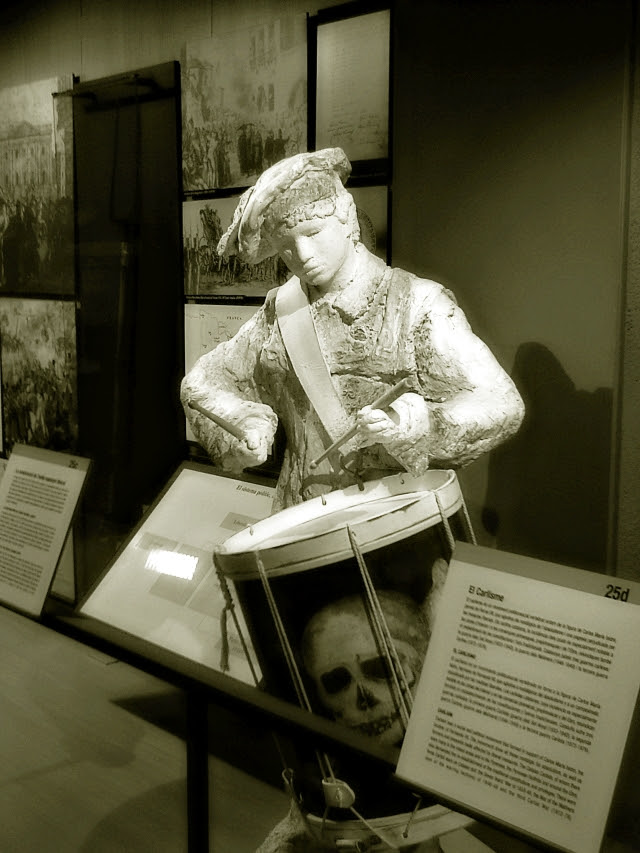 El Timbaler del Bruc, a young drummer representing the heroic resistance of Catalan partisans at the region of El Bruc (Anoia) against Napoleon's troops on June 6th and 14th, 1808. The French army had to withdraw, and such deeds are celebrated each year at the Fiesta del Timbaler, where inhabitants of this town impersonate historical characters of both sides in battle scenes. According to the legend the sound of the drum strengthened by the echo of nearby mountains scared the invaders away. This figure is part of an exhibition at History Museum of Catalonia.