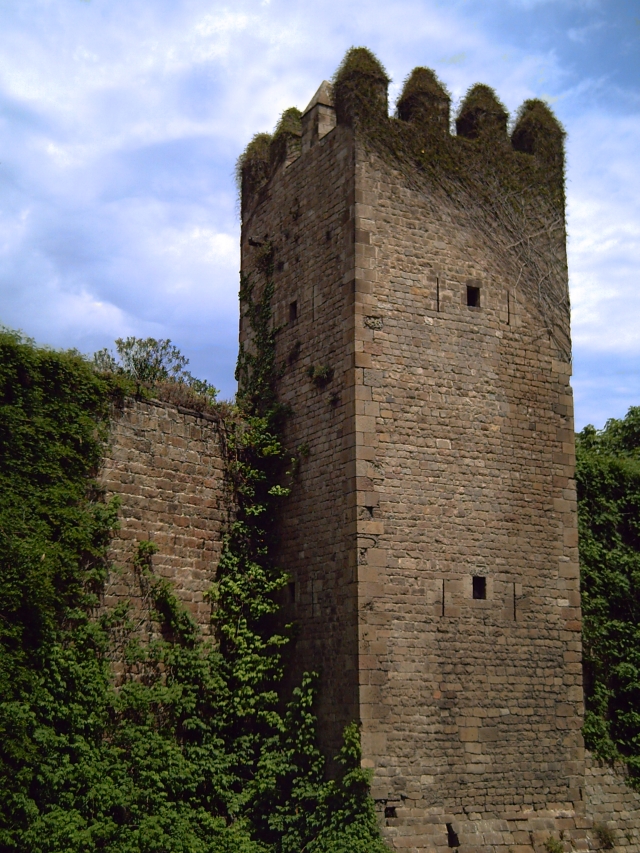 Back in the month of May I posted a picture about some wild flowers growing on one of the last preserved fragments of Barcelona City Walls, and I promised that further ahead I would show a more illustrative photo of the bulwark itself. So here you are, a defense tower part of the western wall. There was a first wall built by king James 1st in the 13th century running parallel to where La Rambla is now and a hundred years later the latter was enclosed by an outer wall, this time engulfing El Raval (on your right while walking down La Rambla towards the sea). This image you see is part of such outer wall, at Avinguda del Parallel, near Reials Drassanes (Royal Dockyards), turned into Barcelona's Museu Marítim (Naval Museum).