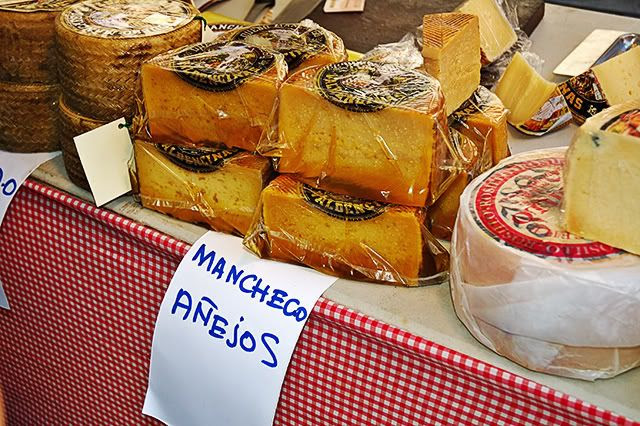 Named after La Mancha which is the Spanish region of famous Don Quixote, these aged Manchego cheese are made of sheep milk. They say the aroma reminds of lanolin and roast lamb. It has a slightly briny, nutty flavor and at the age of 13 weeks it is considered cured (curado). Over that period it is referred to as aged (viejo). There are other well known kinds of Spanish cheese: Cabrales, Idiazabal, Zamorano, Tetilla, Liebana, Roncal...In Catalonia we have Mató de Montserrat which is a fresh cheese (formatge fresc). From the Balearic Islands, specifically from Menorca, we have Mahon cheese which is one of my favorites. A couple of links today: The Encyclopedia of Cheese and some Spanish recipes with cheese.