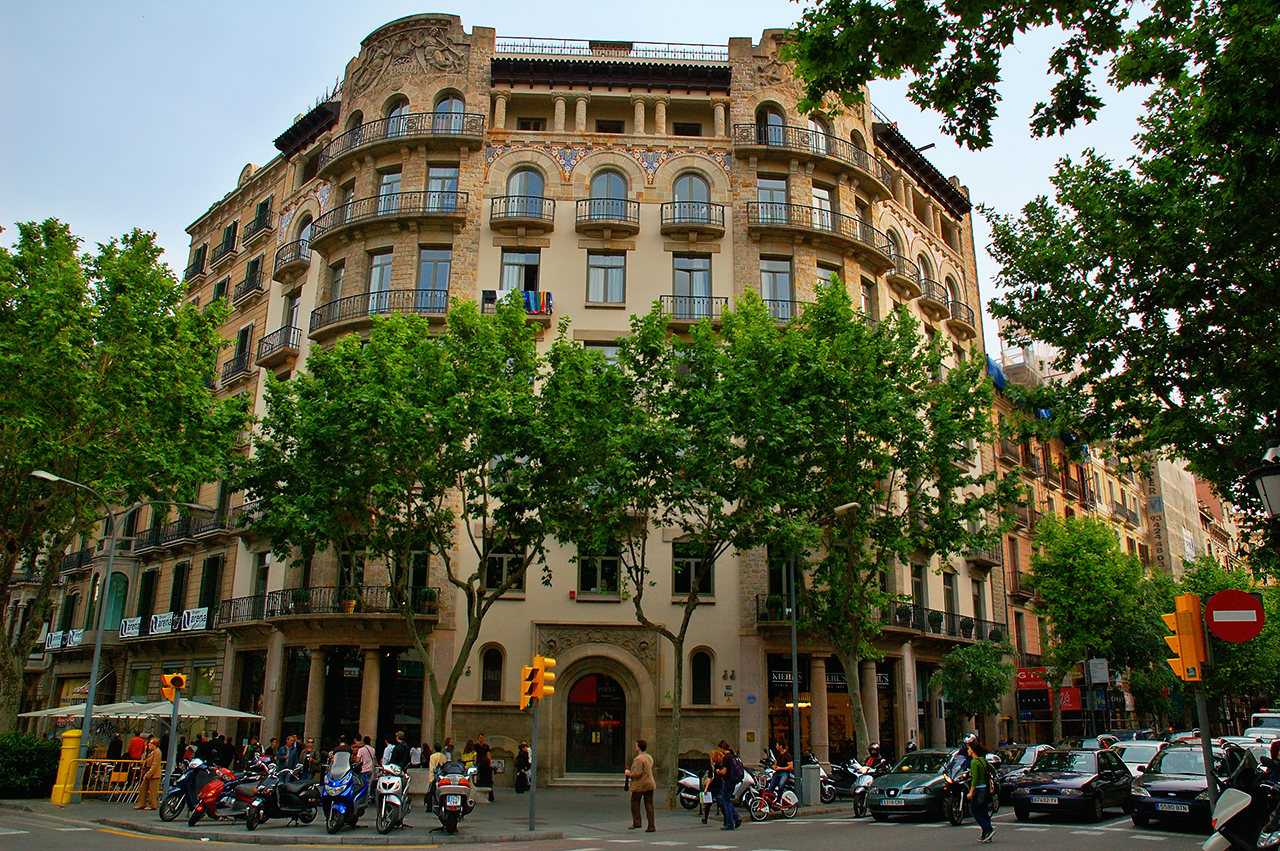 Not too long ago, I uploaded three pictures about hotels in Barcelona. I suggested they could be right although it was not an affirmation. After some thought I reckon that talking only about hotels wouldn't be fair with the hostel business or better yet with young people who want to enjoy Barcelona on a low budget.

I have to confess here that whenever I think of hostels many dark, shabby places come to my mind. Every city has scary hotels, motels or hostels. But you know cliches are not to be taken too seriously. The other day, I noticed a group of young boys and girls were having a chat on the corner of Passeig de Gracia and Consell de Cent. They had come out of a building with a big sign on the door that read: Centric Point Hostel. In fact this is nothing that calls your attention for more than two seconds. They were all blond, dressing casual and showing off that unmistakable white skin that's bound to be sunburnt the following day or is already as red as a boiling lobster's shell. They didn't look like the average backpacker though, and they seemed to be pretty happy talking there. All of that made me muse a little: "Hey, this hostel in the middle of Passeig de Gracia looks like a hotel!". On one of the balconies with some towels drying up in the sun (something unthinkable in this part of the city) I saw a girl leaning and looking towards the modernist buildings nearby and I realized how privileged she was of having such great view of the most frequented and elegant street of Barcelona. The cherry on top was that the building is modernist too and has been recently restored. I am sure there are lousy places to stay in Barcelona but this one is definitely not, you would say it's a like 3 star hotel!. So I decided to share a hostel post with you today starting with a good one, of course you definitely have to check other sources too.

Here is a list of places near Centric Point Hostel:

Las Ramblas (5 minutes walking), Catalunya square (3 minutes walking)and many art nouveau (Catalan modernisme) houses such as Gaudi's Casa Batlló (50 metres), Casa Amatller (45 metres), Gaudi's Casa Milá also known as La Pedrera (5 minutes walking) or Casa Lleo Morera (5 metres). I forgot to say that along Passeig de Gracia you have the best shops in town no wonder it is one of the most expensive streets in Barcelona and Spain but you don't need to worry about that too much as it is always easy to find cheaper places to shop around in the area. I also go downtown everyday and never buy an Armani you know.

Maybe you want me to recommend some other hostels so you can compare: Hostels and a map of hostels. Have a nice, cheap and comfortable stay in Barcelona!