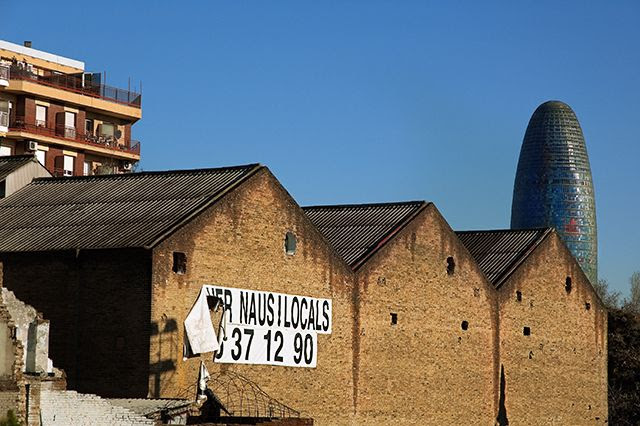 Back in late 80s of last century Barcelona started the transformation of its waterfront by demolishing the intricate artificial barrier of warehouses and industries in the area near La Barceloneta and part of Poblenou with an eye in the 1992 Olympic Games. It was said that for the first time the city had stopped turning its back on the sea. Here is an interesting post in Spanish with some old pictures of Barcelona coastline that will certainly give you an idea of what it was like. What started as a modest makeup ended up in a drastic change which is still alive and has permeated other areas of Barcelona not so close to the sea. After 20 years we have a radically new skyline "thanks" to the greediness for urban soil of foreign investors and local travel and real state companies in connivance with our politicians. Indirectly we have won a modern and attractive city although some are surely happier than we are after speculating on bricks. As you can see in the picture above, the last warehouses compete with new architecture and are bound to disappear soon to quench the thirst of our urban planners' dictates. Old warehouses have been used in the past as part of art activism in Barcelona although such initiatives are sabotaged by speculators that eventually succeed in their schemes (in fact I've just found out there was an art group established in this very place that disappeared in 2009 after two other previous forced evictions). To our leaders: thanks for the sea (we already had it although we did not see it), thanks for the new look and for making Barcelona more attractive and prosperous. Now, can you please stop building for money and consider more social and cultural investment?
Posted by Carlos Lorenzo