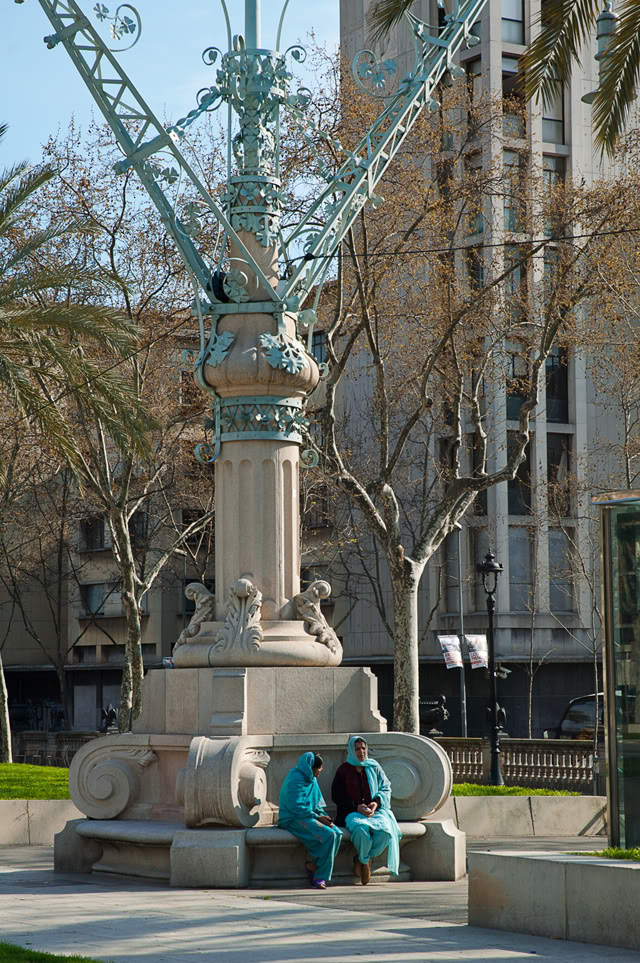 Friendship, love, hate, happiness or sadness are a universal asset, inherent to the human race. Friendship knows no creed. Anyone that is able to love, to be kind, to do good, to cultivate friendship is a person and not "the source of all evil". We tend to stigmatize religion, we foolishly fear the unknown, people that look different.

These two Muslim women, for example, covered with what we, out of our own ignorance, would refer to as just "a beautiful piece of cloth", are in fact wearing one of the many types of Hijab as part of their own traditions. Nonetheless, very often they are looked over the shoulder by many and are generally misjudged by the western world.

If I look underneath their headscarves, I just see two wonderful friends, maybe more valuable as persons than many ignorant racists of the so called First World. This is a delicate issue and perhaps the mere fact of musing on it sounds silly or irreverent. My anticipated apologies for that. By the way, let's not forget that other well known "good citizens" of this planet wear or have worn a veil and nobody ever cared. So this is another example of how absurd a debate (the use of the Hijab) can get to be. The picture was taken at Passeig de Lluis Companys, Barcelona.

Update: According to Gurvinder in the comments below (thanks!), these women are Sikh so they are wearing Chunni or Dupatta. If that is the case, this is proof of my poor and shortsighted "Western" approach to the matter. Sikh or Muslim, my point about racism is still valid.
Posted by Carlos Lorenzo