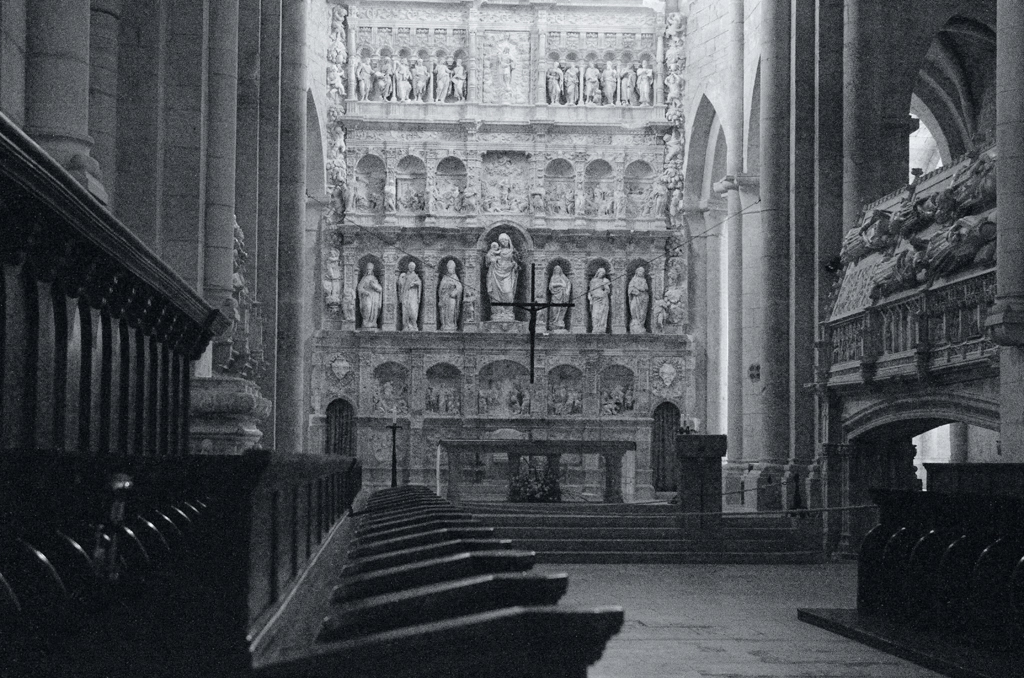 The Abbey of Santa Maria de Poblet is a Cistercian monastery that dates back to 1151, in the comarca of Conca de Barberà, in Catalonia (Spain). By that time Ramon Berenguer IV had banished the Moors from these lands and Cistercian monks from France commissioned architect Arnau Bargués with the project. In fact, it was Ramon Berenguer himself who founded and endowed the royal monastery. Together with Vallbona de les Monges and Santes Creus, Poblet monastery was part of what is known as the Cistercian triangle, an ecclesiastic stronghold that gave a lot of power to Catalonia during the XII century.

Almost all the kings of the Crown of Aragon are buried in this royal pantheon.

The monastery was plundered in the XIX century. The tombs of the rulers were desecrated but the remains could be transferred to the Cathedral of Tarragona for some time until they finally were returned to their original place but all mixed up.

The present UNESCO World Heritage Site was refounded in 1940 by Italian monks of the same order. This is the altar (1527) sculpted by Damián Forment.

And now, in a totally different line of thought, I would like to talk about my recent lack of posts in the blog:

As fellow bloggers know so well, posting often and including relevant content takes time and effort. I used to have some sponsors that helped paying for my gear but it seems that Google does not like bloggers with content to survive and if it were for them we could be rotting in hell, sitting so comfortably as they are in their opulence. So from now on, I will be doing now and then, what I didn't in the past, which is, including sponsors in my posting because this blogger wants to keep taking pictures of Barcelona and writing posts with content or so I think.

As I mentioned, it is basically about buying gear and I will mention one of my favorite websites to get my stuff, I am talking about Pixmania. It is easy, it is fast and many times cheaper to buy there, especially using  voucher codes and waiting for special offers . Most of the products that get to the online shop here in Spain come from France and maybe that makes the price lower. Beware, it is not every product that you may find reasonably cheap and you may want to compare with other sites first, but all in all, you find good opportunities. Pixmania claims to be active in 26 countries, the UK being one of them. I have the opportunity to recommend a good place to get pixmania discount codes so do check it up if you want to save yourselves some good money, with special emphasis on photography products.
Posted by Carlos Lorenzo