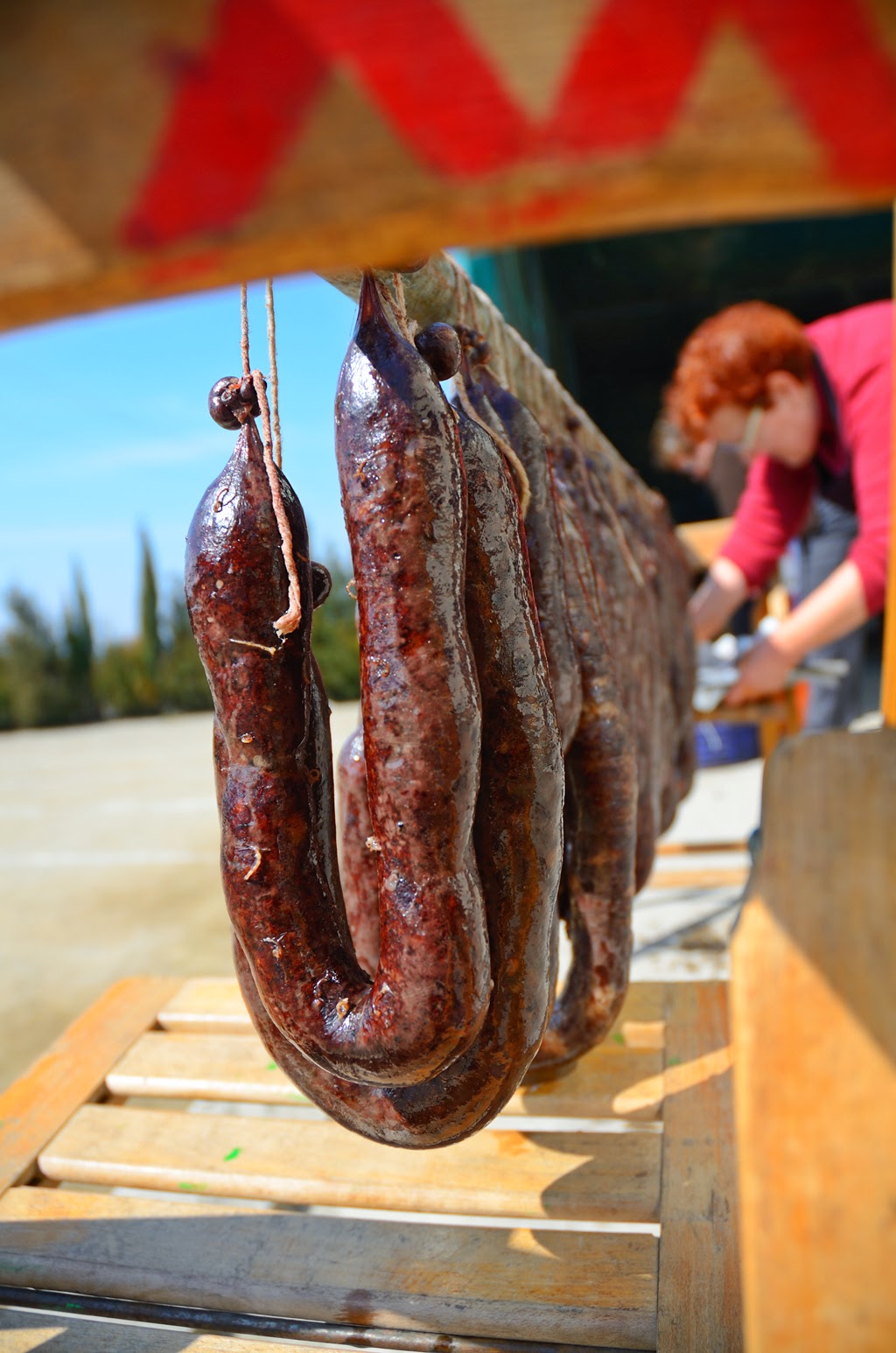 Here is a rack of Catalan blood sausages (Cat. botifarra negre). Originally they are red and become black during the boiling process that takes about 15 minutes. Later on they are hung to dry before they are finally grilled. This picture was taken during a local annual gathering (265 people this year) in a town called Vallverd d'Urgell, in the Catalan province of Lleida. Once a year a whole town meets to prepare what is known as freginat, a mixture of white beans (fesols), caramelized onions (ceba) (cooked slowly during 4 hours), ribs, liver and chunks of pork. This delicious dish is served with two sausages, white botifarra and black botifarra which are elaborated right on site after the killing (matança) of two pigs early in the morning or the day before celebrations.
Posted by Carlos Lorenzo