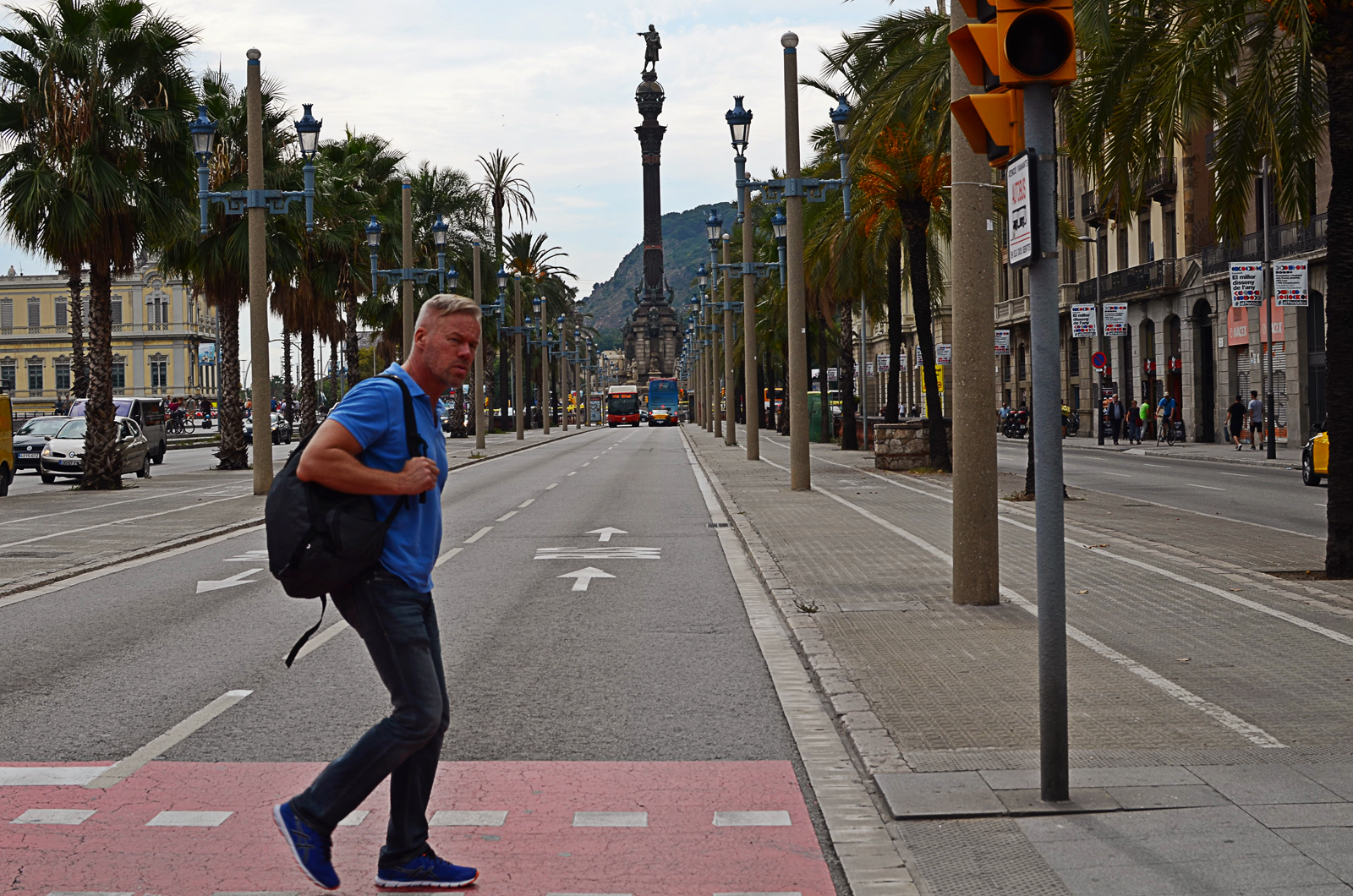 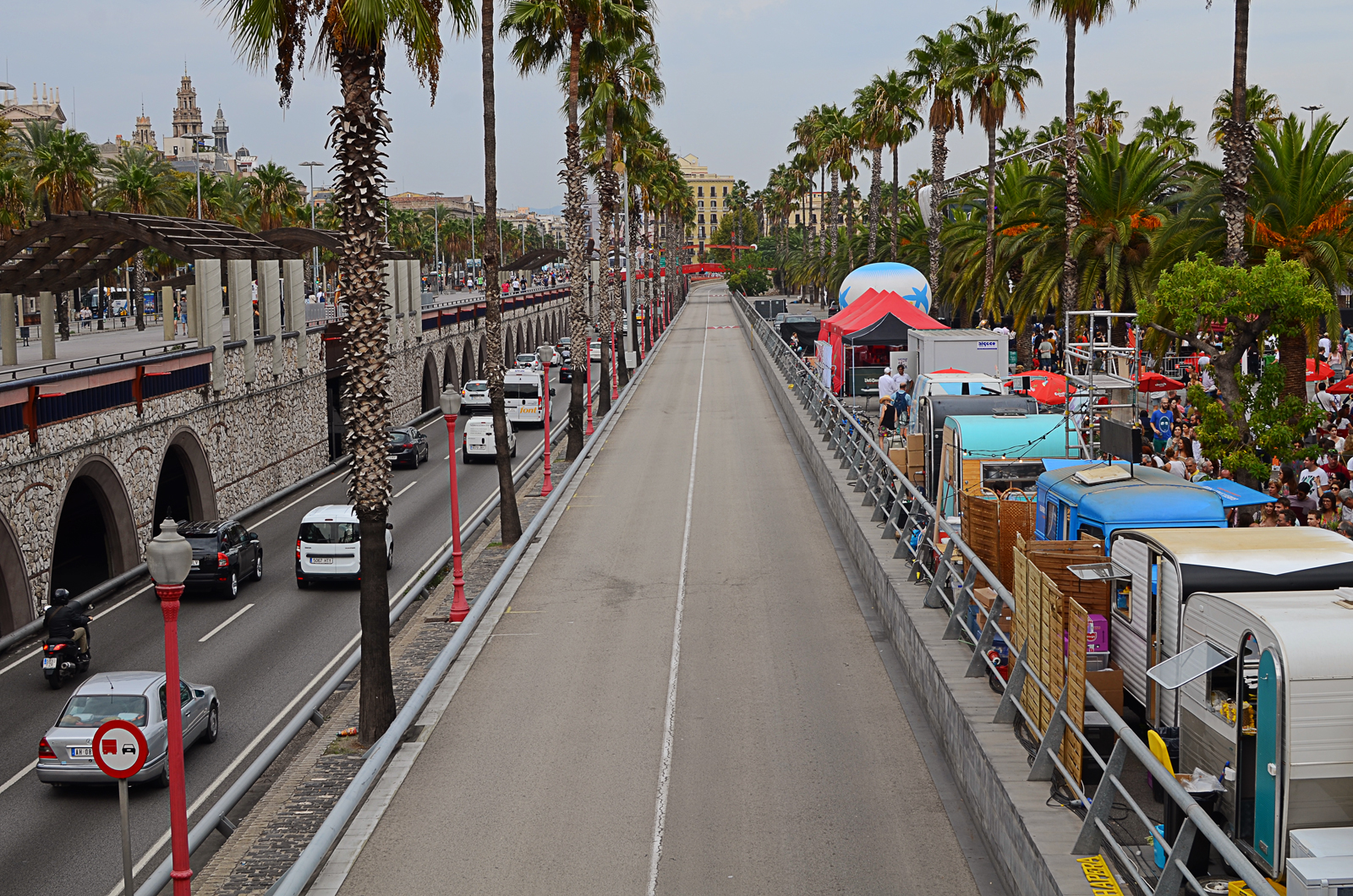 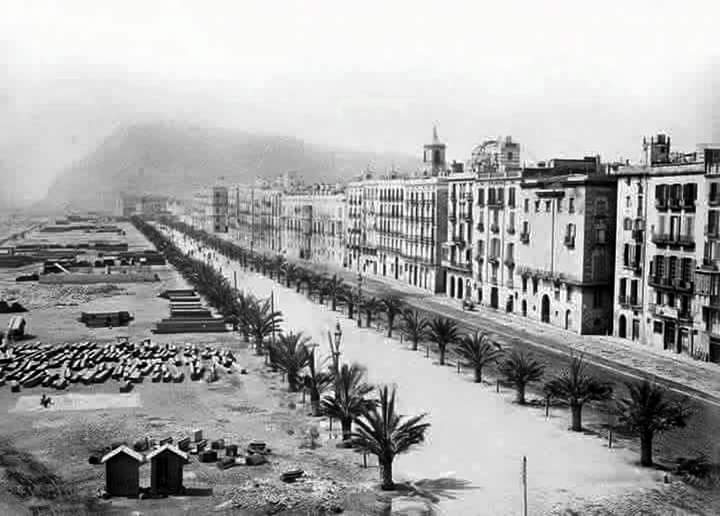 If you take a look at the old image you will have a better idea of what the present heavy traffic road occupies in space from the sea up to the buildings in the back. Next to the buildings, we have the view portrayed in the first picture, that is, Passeig de Colom. In the middle of the palm trees you have the highway on the left of the second picture and finally on what is to the sea side of the palm trees you have Moll de la Fusta.

Moll de Bosch i Alsina aka Moll de la Fusta is named after the activities held in this place, the storage and stowing of wood, the very place where the Roman port of Barcino used to be.

As you can assume, the fact that the wood industry among other port activities occupied this side of the city, made Barcelona turn its back on the sea.

It was not until 1982, when the Port authorities yielded the area to the city to build communication infrastructures and 1987 when the Olympics 92 project started, that access to the sea was recovered, something that was bound to alter life in the famous Mediterranean metropolis.

Nowadays, Moll de la Fusta is the stage of great part of the outdoor cultural events in Barcelona as you can see on the right of the second picture, and it is most of all, a beautiful promenade next to the marina, full of artistic samples like the sculpture "Face of Barcelona", the work of the graphic artist and sculptor Roy Lichtenstein, the greatest exponent of American pop art, just to mention an example.
On the other side of the Moll (docks or pier) we can see the Maremagnum Shopping Center and the Rambla de Mar with its drawbridge, which are also part of this change of perspective that took place along Barcelona's new waterfront.
Posted by Carlos Lorenzo