Columbus and La Rambla in Barcelona 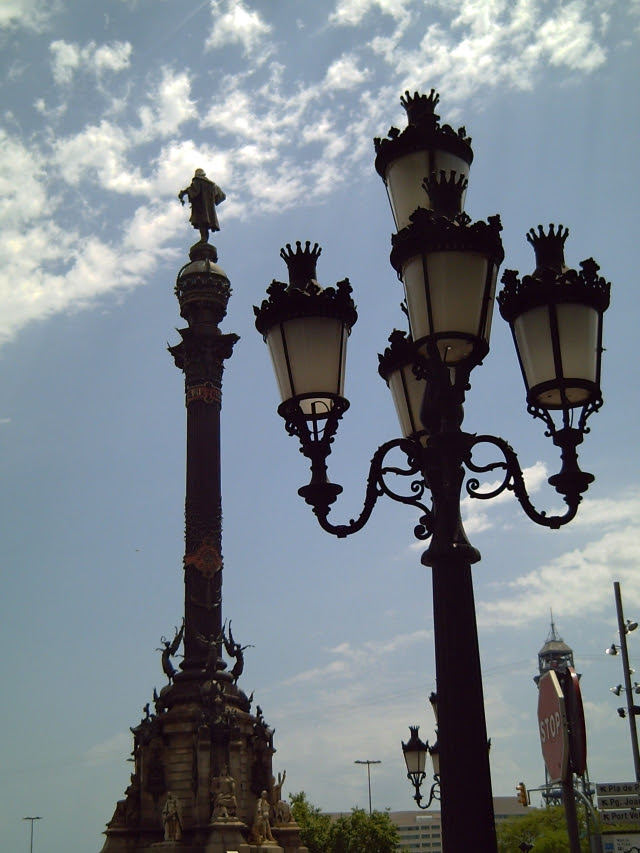 As you know I already published a post about Chris Columbus, and many about La Rambla and its magnificent street artists. You should basically know that such beautiful walk was once a torrent along the city walls, pretty muddy when it rained. By the end of the XVIII century the torrent became a promenade and was adorned with trees. In the XIX century wealthy families built their houses along the already famous patch of land. Walls had been demolished after 1860 and the Eixample was being born thanks to Ildefons Cerdà's urban plan out of the old city limits. According to Wikipedia: "The name La Rambla means, in Spanish and Catalan, an intermitent water flow, and is derived from the Arabic 'Ramla' which means 'sandy underground'". La Rambla is divided into 5 parts: Rambla de Canaletes, Rambla del Estudis, Rambla de les Flors, Rambla dels Caputxins, and Rambla de Santa Mónica.