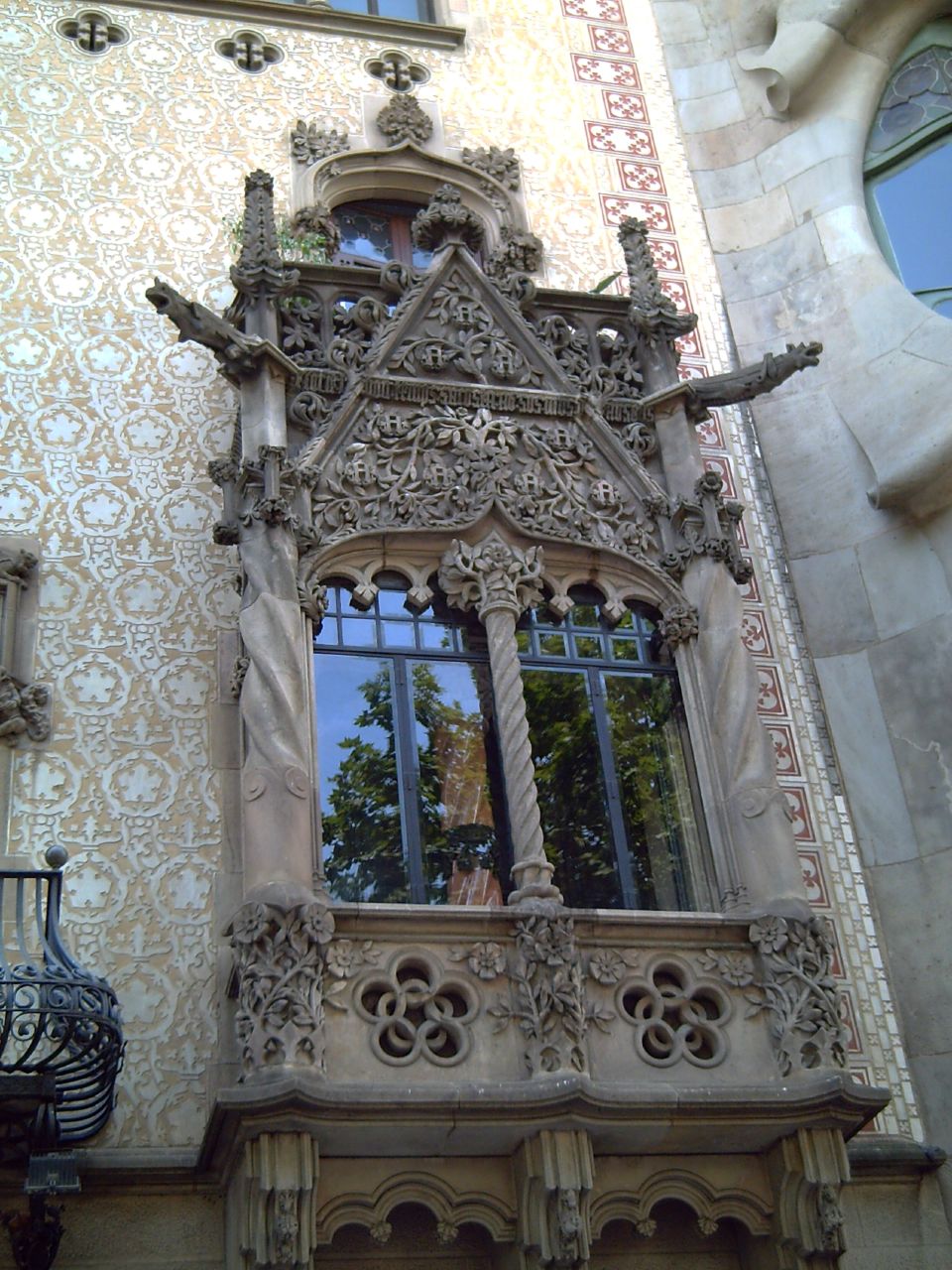 As some of you remember there was a previous post here about Casa Amatller and another about Casa Batlló (the totally different wall you see on the right). I spoke about the clash of styles in this block known as the Illa de la Discòrdia (Block of Discord), but I did not illustrate the contrast. There you are, Casa Amatller façade and another picture where you can see a combination with Casa Batlló.