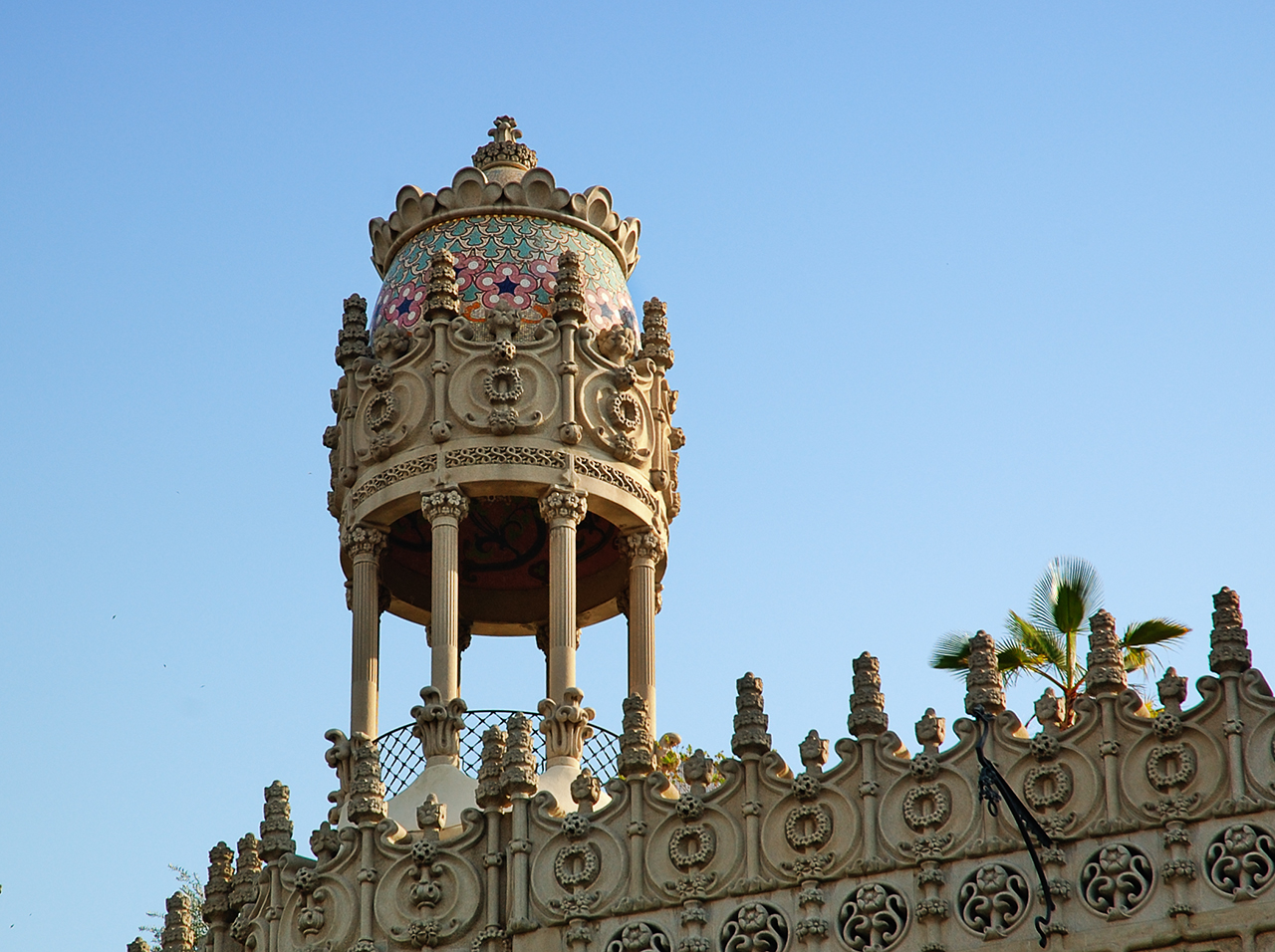 This is a detail of the small turret on top of Casa Lleó i Morera at Passeig de Gràcia 35.

The building is located on the corner of Consell de Cent and Passeig de Gracia and was originally constructed in 1864 and renovated in 1902.

When you come to Barcelona it would be almost a crime not to visit this Manzana de la Discordia. For those that are less interested in art and more in going shopping, there's a Loewe shop in the ground floor.
Posted by Carlos Lorenzo