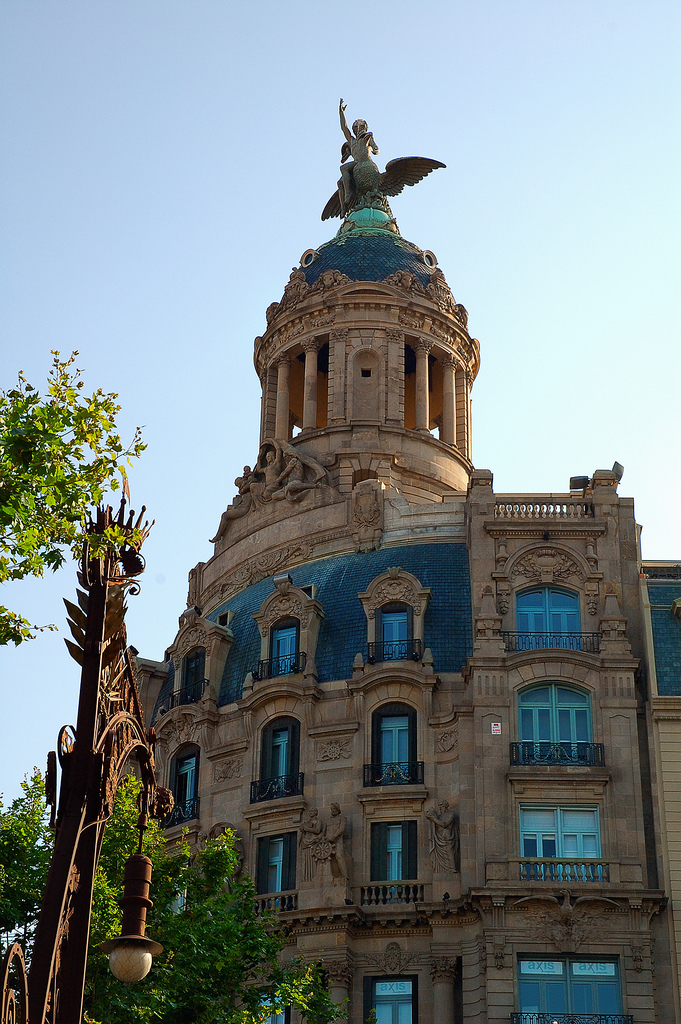 At Pg. Gràcia, 21 - Diputació, 265 - 267 we find this catalogued building of monumentalist style and French influence. It was built between 1927 and 1931 by architect Eusebi Bona i Puig and sculptors Saint Marceau i Frederic Marés. It is known as the Unión y el Fénix Español building, a Spanish insurance company that appeared in 1879 in Madrid after the fusion of other companies.

The company had venues all over Spain and although the buildings have been used for other purposes over the years, the original architecture has been preserved. The firm, due to an enormous debt had to merge with AGF Insurance (Assurances Gènérales France) in 1994 to form AGF Unión-Fénix which was later absorbed by German Allianz in 1999. It was Allianz who then created Fénix Directo the car insurance company that operates by phone.

La Unión y el Fénix on Passeig de Gracia is both a residential and office building. There are many other examples of monumentalist architecture in the city but this one was rather anachronic in the period it was built since almost all of them appeared after the civil war. It is another example of the efforts of the bourgeoisie to monumentalize Passeig de Gràcia street.

The fact that it is on a corner allowed for a rounded body building topped with a cupola crowned by the old company's symbol, a boy sitting on Phoenix, a mythical bird that dies in flames and is reborn from the ashes. Although according to experts, what the sculpture really represents is the Abduction of Ganymede by Zeus to serve as cupbearer to the gods. Ganymede was a symbol for the ideally beautiful youth in poetry.
Posted by Carlos Lorenzo