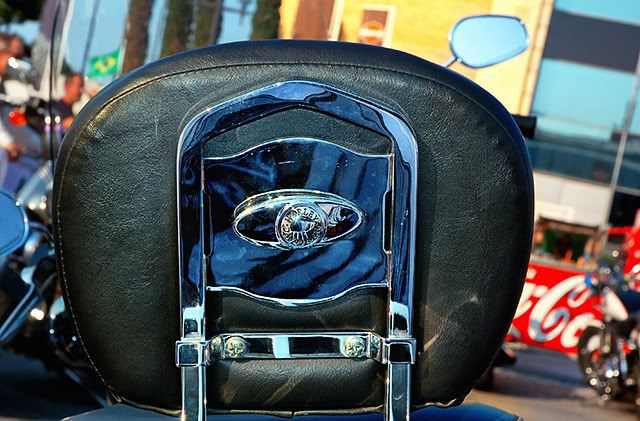 I will be posting some pictures of this important event and I would like to start with just a backseat, a simple image to begin with as an appetizer. You might want to take a look at Harley-Davidson motorcycles from 1970 to present day or you may feel like reminiscing for a while: