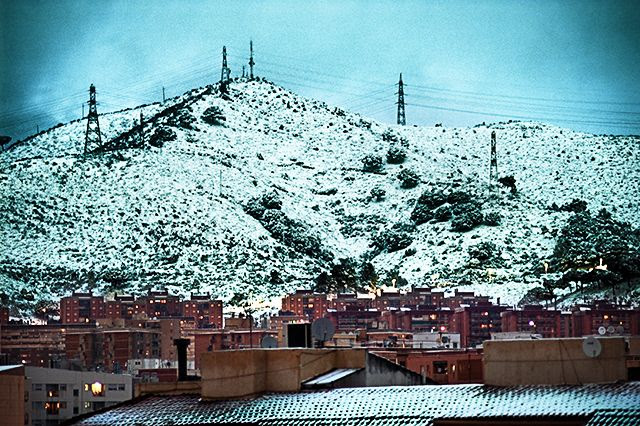 As many of you already know or will find out in today news, Barcelona has experienced a rather infrequent phenomenon in this city, a snow storm. At the beginning, it seemed to be the "usual" thing, some flakes that turn to rain drops before touching the ground but the situation got worse and worse along the day till the point that train and bus services were stopped, cars were advised to stay at home, classes were interrupted for 142,000 students at 476 public schools, all came to a halt except for the subway, that will run non-stop all night long, something that only happens on weekends. Commuters were not that lucky and had to remain wandering in hope the service was restored. There were no trains going North, many flights were canceled or delayed, 200.000 people lost their electric power supply mostly in Girona. Tomorrow who knows what the situation will be. At the moment, the snow storm seems to be over and slowly we recover from this one-day nightmare in a city that is not prepared at all for such inclement weather. Here's a small video I captured with my cell phone
Posted by Carlos Lorenzo