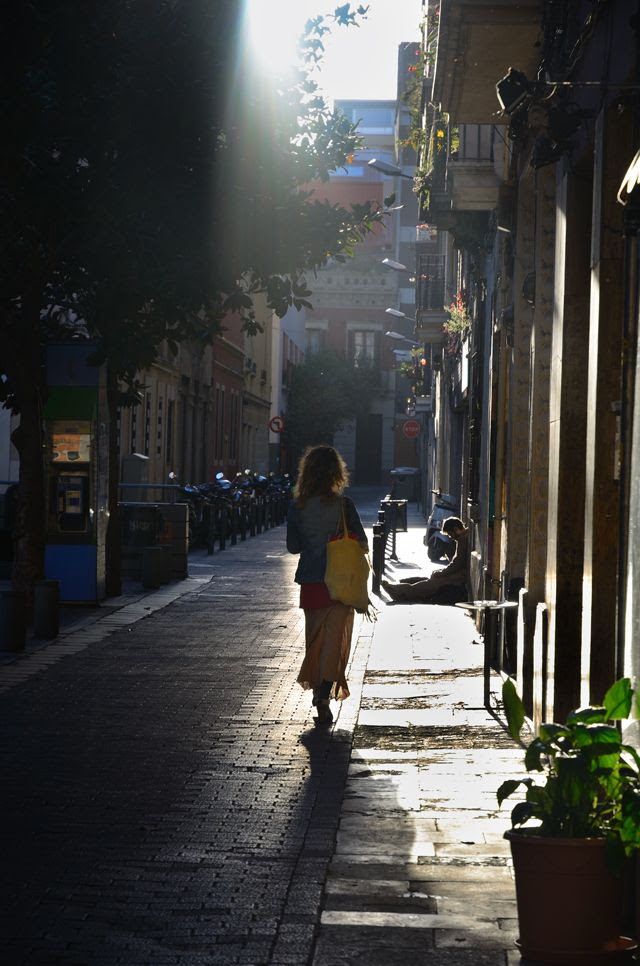 There are streets that wouldn't say anything to you, streets without a soul, that never leave the slightest trace of memory inside your mind. There are neighborhoods that are so boring, so barren, so sterile, so aseptic that a ghost town looks like Las Vegas next to them. Not so many like those in Barcelona, truth be said. Certainly, the Gracia quarter is not by any chance one of those, not only because of the charming architecture, the cultural activities, the intense night life, the markets, the local stores, the people but also because of the very streets that seem to have a soul of their own. If there is a neighborhood, an ideal kind of neighborhood to get lost into, without a plan, just to wander through the alleys, the squares and fill up your lungs with plenty of vital energy to make yourself feel alive and in tune with your surroundings, that is La Vila de Gracia. As with everything in this world, the sun, its light, the way it comes through the trees, or over the roofs really makes the difference. Of course you can have light elsewhere and it certainly may be as beautiful as any other because we all are under the same star but it is not probable that you have the light, the tiny streets, , the backstreet cafes, the Bohemian atmosphere, the multicultural nature concentrated in such a tiny spot in the middle of a big city. Not that I want you to feel envious about it. I just want you to get to know el Barri de Gràcia in Barcelona cause it's worth every penny and every single minute you spend on it. In the picture,
Posted by Carlos Lorenzo