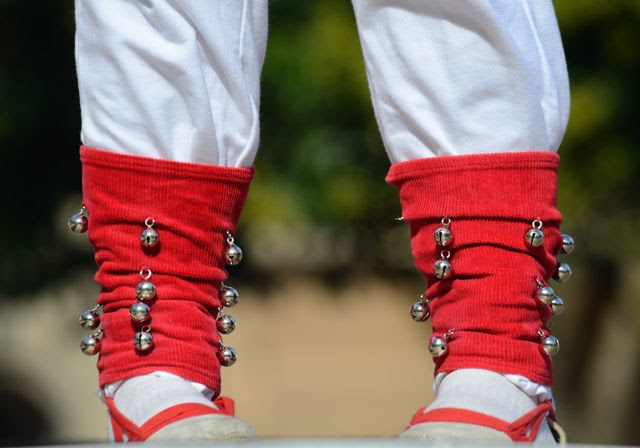 Catalan folklore feeds on ancient traditions lost in the common past of Mediterranean countries. Stick dance (Cat. Ball de Bastons) was documented for the first time in Catalonia in XII a.d. and then more frequently after XVIII but it has always been part of this region's history besides the fact that it came either from the Greeks, some parts of Asia or even other regions in Europe. The exact origin is uncertain. In the Basque country this dance is very extended as well for example and each region has their own peculiarities when it comes to dresses, sticks or ways of dancing. I am not going to enter into that. Maybe talking about Bastoners or stick dancers as they are today, organized in groups or colles as they have been for the last three centuries according to historical records is easier. To begin with, let me say that there are more than 100 colles all over Catalonia perhaps and about fifty are grouped under the direction of Coordinadora de Ball de Bastons de Catalunya. They all have their own history that is normally linked to the town or neighborhood in which they live. The feet you see in the image, adorned with bells (Cat. picarols) sewn into this piece of cloth called camal or turmellera belong to a stick dancer from a group called Bastoners de Gràcia. I have more pictures of this colla to be posted here. I just want to add for the moment that these colles may be made up of 8,10,12 or 16 dancers. One of them carries a flag with their symbols and the name of the group and usually they also have that name or badge embroidered in their clothes. They carry handkerchiefs around their necks and a colorful waistband over white pants and shirts. Besides they wear espadrilles (Cat. espardenyes). More to know soon.
Posted by Carlos Lorenzo