A Day at Cafe Zurich, Barcelona 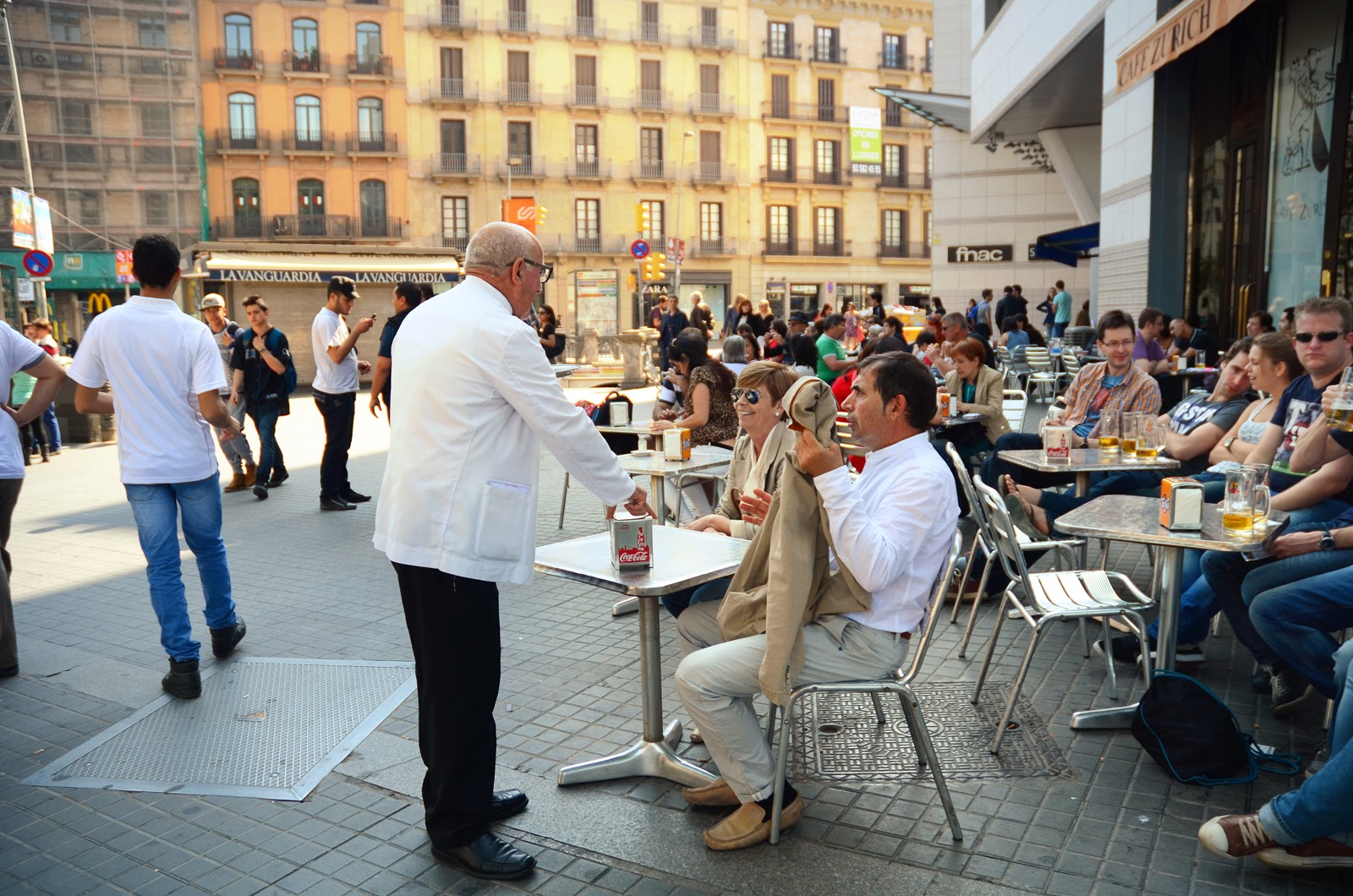 With more than 150 years of experience Café Zurich summons the essence of XIX century Barcelona. Founded in 1862 as a canteen called La Catalana and located in a train station the place originally used to sell beverages but soon it became a chocolate shop until a Catalan that had worked abroad, decided to name the premises after the famous Swiss city.

In 1920 the chocolate shop was bought by family Valldeperas for 50 000 pesetas and their descendants still own the place. It was precisely the founder's son who turned the shop into a beer house around 1925. Later on and as a result of the works to bury Sarria railroad tracks underground the waiting room at the station was annexed to the canteen to turn it into a big salon. Some time afterwards, the terrace was inaugurated to give Cafe Zurich the wonderful looks it has today. Please check my previous post about Cafe Zurich
Posted by Carlos Lorenzo