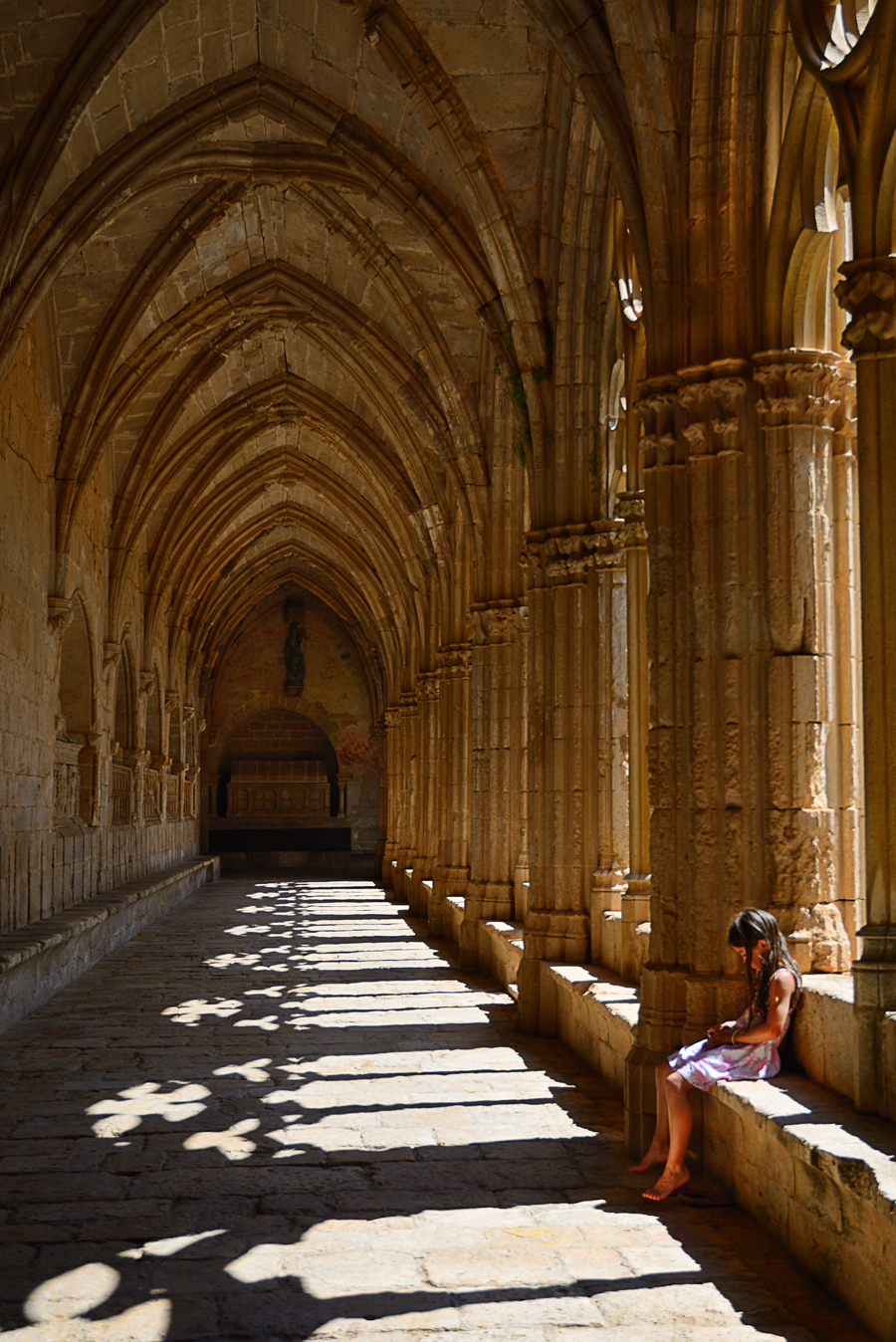 This splendid Gothic cloister arcade can be admired at one of the gems of Cistercian art in Catalonia, the Santa Maria de Santes Creus monastery (1160).

Cistercian architecture is well known for its austerity, following the precepts of Abbot Bernard of Clairvaux (St. Bernard), who was against any sort of superfluous adornment that distracted monks from their religious path.

Although the original cloister was Romanesque in style, most of it was demolished and replaced by this sober but admirable Gothic architecture.

Santes Creus is not the only Cistercian monastery built throughout the 12th century in Catalonia there are also the monastery of Poblet (1150) and Vallbona de les Monges (1157). Santa Maria de les Santes Creus holds the royal tombs of Peter the Great and of James II and his wife Blanca of Anjou, as well as the great admiral Roger de Llúria. How to go from Barcelona to Santes Creus Monastery
Posted by Carlos Lorenzo