Don Corleone, The Godfather in Papier Mache at Barcelona Store 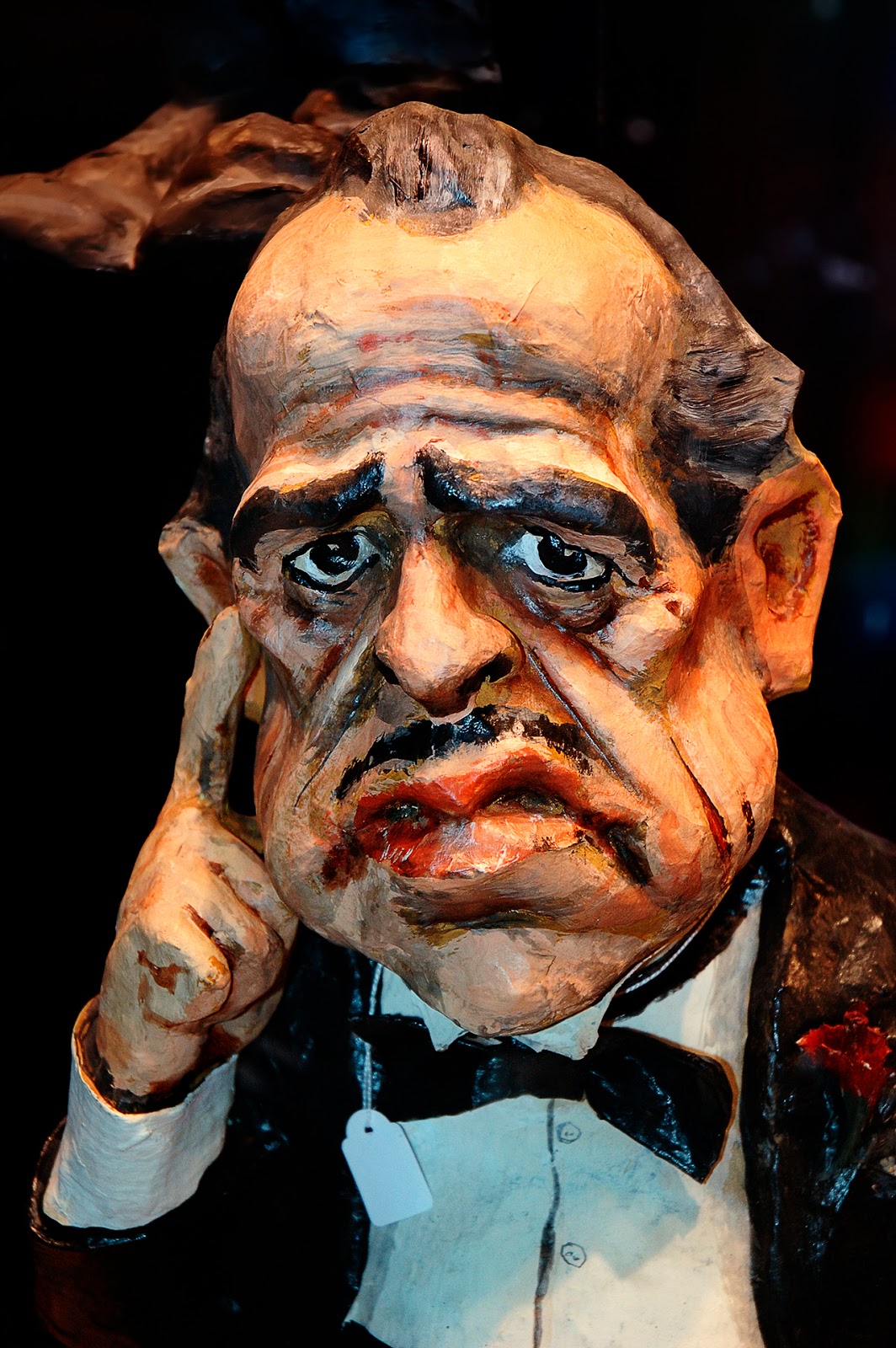 Papier mache figure of Marlon Brando in the Godfather. Another example of how a character may acquire a life of his own and make the audience forget about the actor in a certain way. In this case this is Mr. Marlon Brando and it is impossible to forget the man behind the character but sometimes we tend to think that they are both different people, that Don Corleone was really there, making polite offers you couldn't refuse. Like the figure in my previous post, this one is also on sale at the same Barri Gotic souvenir shop. I have to say that Hugh Laurie's post has been a total success but in a negative sense. Lots of fans have come to see Dr. House in papier mache and most of them say they wouldn't place such a horrible adornment around the house mainly because the star has not been precisely favored in this artwork.
Posted by Carlos Lorenzo