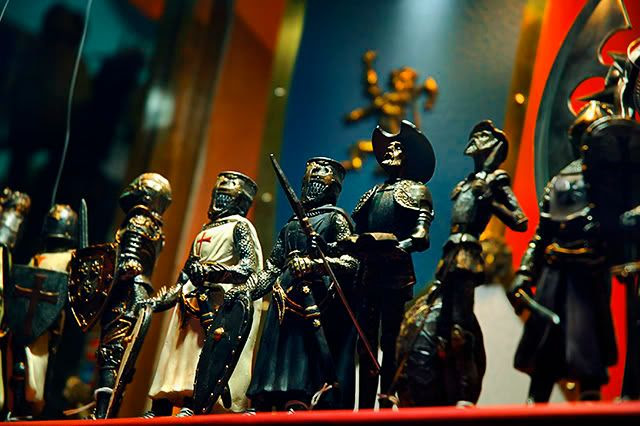 I don't know if these soldiers are made of lead but I suppose so. At least I am sure they are toy soldiers, men of arms, Spanish crusaders, conquerors. There's one figure that specially called my attention, and that is the one representing Don Quixote, with spear and cavalry book in hand as if looking towards the mills that he mistook for giants although in some way it maybe interpreted as some religious man reading the sacred words to some newly conquered or invaded people in the name of the Spanish crown and the Holy church, if not, why is it that he's surrounded by crusaders? The picture was taken at a small store in Ferran street.