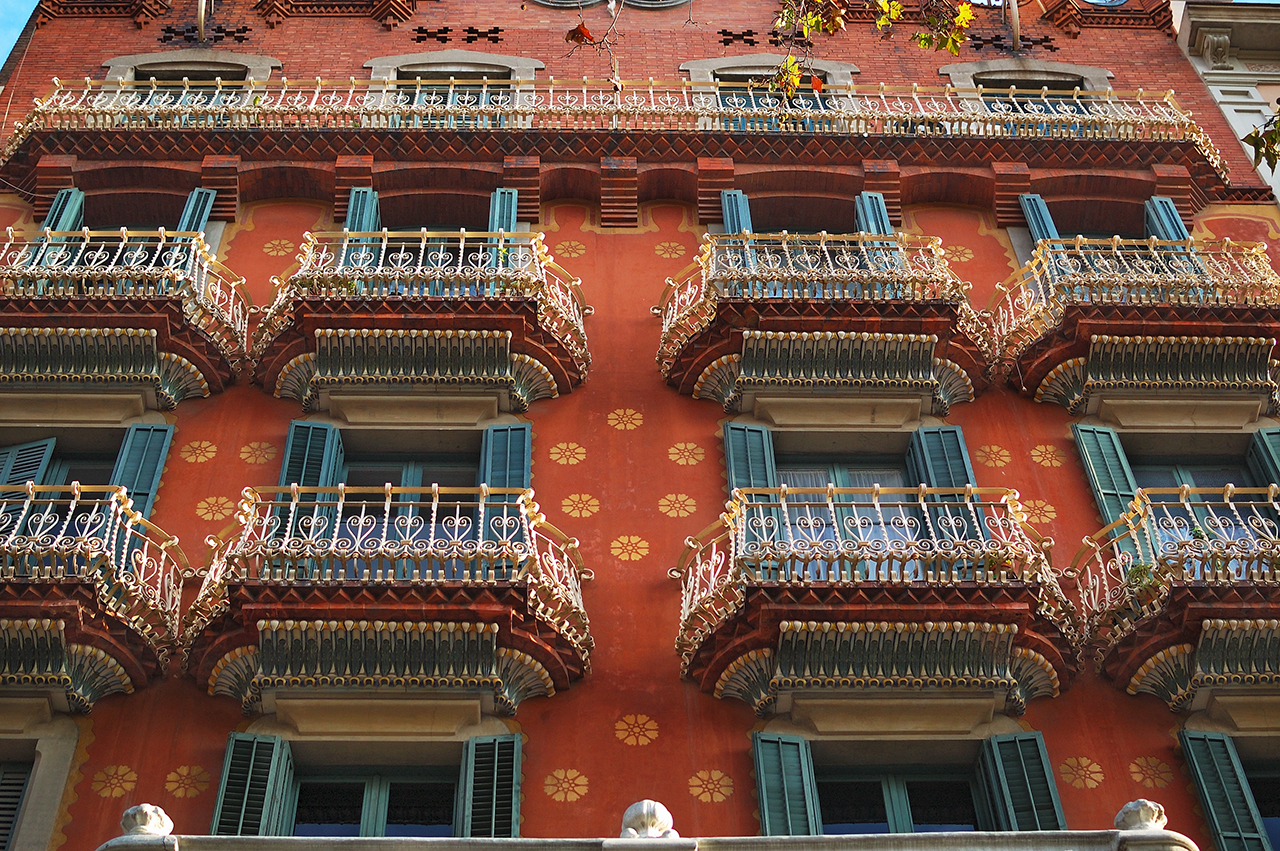 Last Saturday I went for a walk down Passeig de Sant Joan to test my brand new Nikon 35mm f/1.8G AF-S DX lens. I stopped before this building attracted by the beauty of the balconies. I did not know the name which I found later when I got home.

After some research online, I learned that it is called three different ways Casa Enric Laplana or Casa Mundó or Casa Estapé and was build by Bernardí Martorell i Puig in 1907.

This Catalan architect born in 1877 belonged to a wealthy family and received a good education. Got his architecture degree in 1902. He worked for some time in the Sagrada Familia and was a friend of Gaudi's.

His work is considered part of late Catalan modernism but some of his buildings have a touch of historicism. Many of his works were religious buildings like the Església de Sant Agustí in Sabadell, Convent de Valldonzella in Barcelona, Església dels Escolapis in Sabadell, Església i Convent del Santíssim Redemptor de les Oblates de Bellesguard in Barcelona or the Col·legi de les Teresianes in Tarragona.

Bernardí was influenced by English neo-gothic and also had a passion for oriental art and architecture. He died in Hospital de Sant Pau in 1937 of acute myocarditis.

But I leave you watching the elaborate ironwork, the orange stucco façade with serigraphed flowers mixed with the bare bricks in the upper floor. In the picture you cannot see the ceramic tile cupola on top or the stone gallery of the first floor but you can follow this link to see the full view of Casa Enric Laplana or check it on the map. The lens worked out fine by the way although I'll save it for street photography.