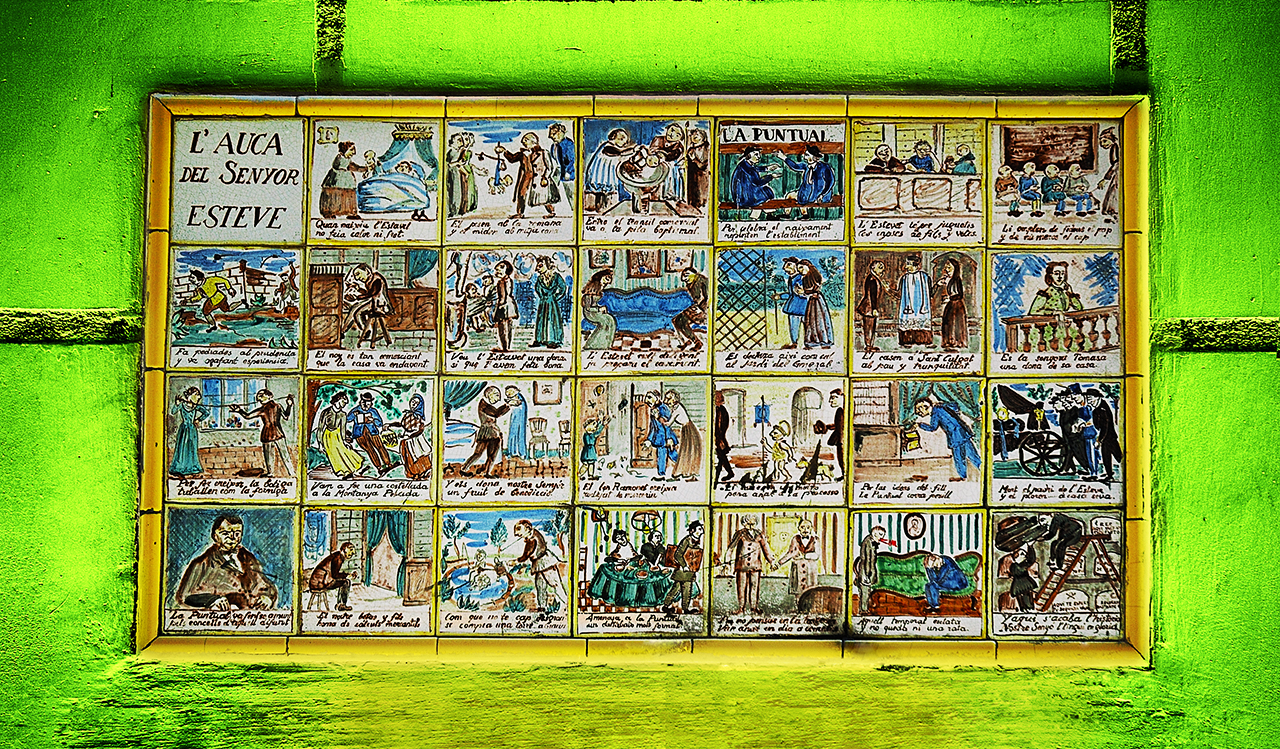 27 drawings by Ramon Casas and 27 rodolins or verses by Gabriel Alomar illustrate the original story narrated by Rusiñol which is about a young heir called Ramonet, a modernist artist born in a traditional petite bourgeois family of La Ribera quarter in Barcelona.

The father, Mr. Esteve was the founder of a small shop called La Puntual in 1830 and his common sense, his pragmatism, his perseverance directly opposes the new ideas, the fresh artistic air of his son. A conflict between the artist that exists thanks to his father's money and strivings or in other words, the historic role of traditional Catalan bourgeoisie as the springboard for new artists of modernisme.

But what is an auca anyway? An auca is a story told by a set of images in one single sheet of paper in numbers evenly divided by 4, generally 24 or 48, and some short text under each illustration (xylography, lithography and later photoengraving techniques were used). It might recall comics in a way but much more rigid in structure. Images are conditioned by the metrics or the rhyme of the text always below and out of the illustration.

Auca is an old variant of oca, meaning goose, an animal quite frequent in this sort of artwork. Everything started with cards depicting animals and natural elements, like the Sun and the Moon that were used to play the game by the same name or for divination in many cases for money. Once this activity was forbidden the animation developed into art. The text also evolved into two-line rhymed rodolins in XIX.
Posted by Carlos Lorenzo