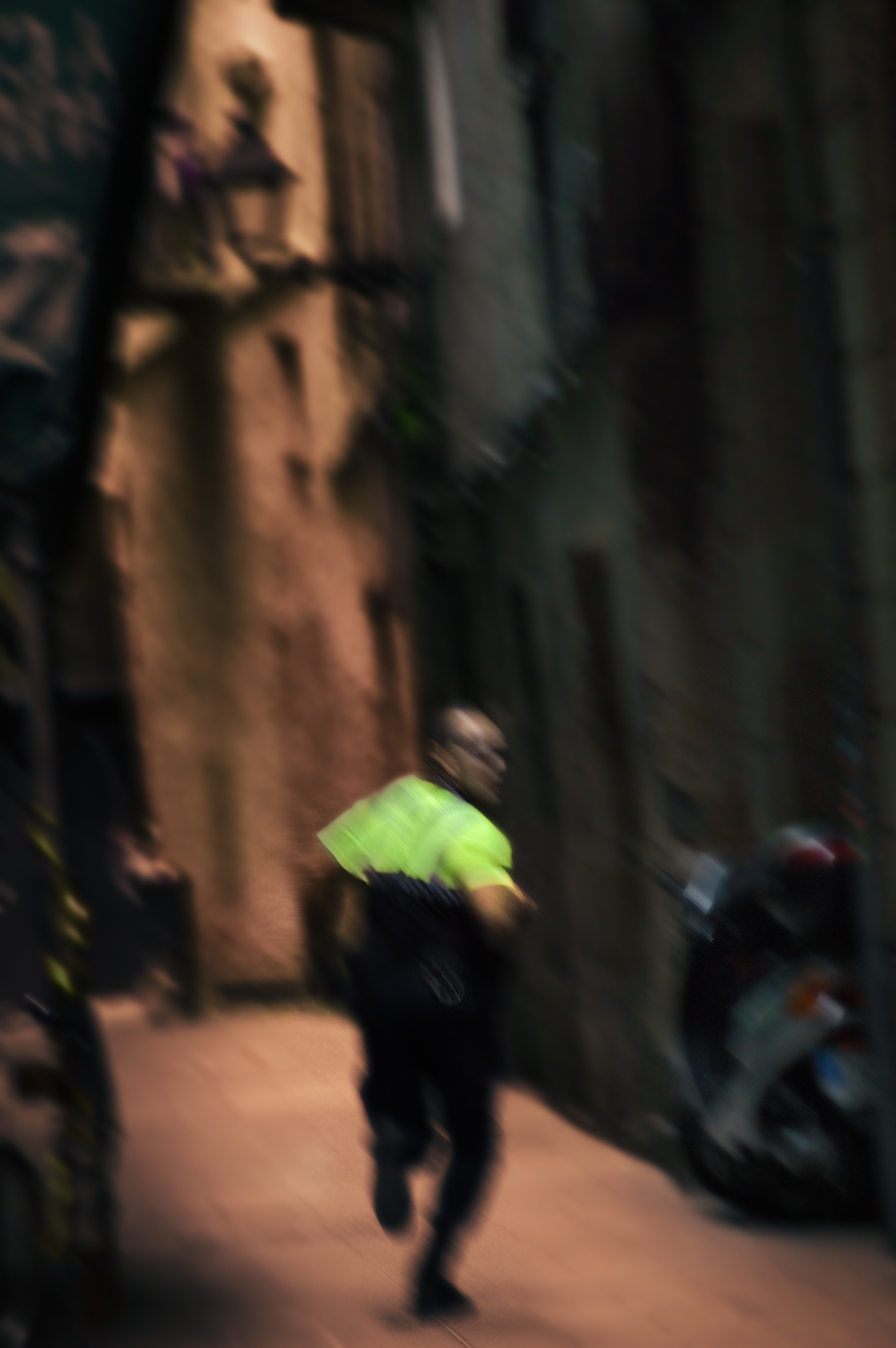 Police chase I witnessed some time ago in the narrow streets of La Ribera quarter near Santa Caterina market in Barcelona. That day we were taking part in a photo walk organized by Barcelona Photobloggers and suddenly we saw this police car coming right towards us at an impossible speed for an alley like the one in the shot. Needless to say we all stuck our butts against the wall and got so scared that didn't even think of taking pictures. We were standing at an intersection, a cop headed down the street in the image and the car followed but some scaffolds got in the way and they stepped on the gas in reverse in the most pure Hollywood style and went up a slightly wider street. At that point, I remembered the camera and captured this blurry silhouette. I knew it was awful and distorted but I was surprised it had the mood of some documentary shooting. The following morning I read a young man had been killed in the subway and attackers had managed to escape in the narrow alleys nearby although they were caught some days later. Maybe not the same events but it could be.


Well, you know, this sort of things may happen in Barcelona too although it is not an everyday scene.  Or maybe it is but you get to see one or two a year. The fact we are not part of the action does not mean we should look the other way and pretend the problem does not exist.


According to last semester's official poll 43% of participants think the city is worse than before against a more positive 34%. The previous poll carried out in June 2009 showed an opposite result.


The number of people that think local authorities do their job correctly or efficiently is lower than in June but it is still favorable to present town hall administration. There is a certain feeling of being on the right track or so they say, as emphasis is being made on security this year. Results cannot adorn the evidence, 19,6% of citizens mention insecurity as their deepest concern, followed by unemployment voted by 17,6% of participants.


Of course I don't mean to scare anybody: Barcelona is not Sin City!
Posted by Carlos Lorenzo