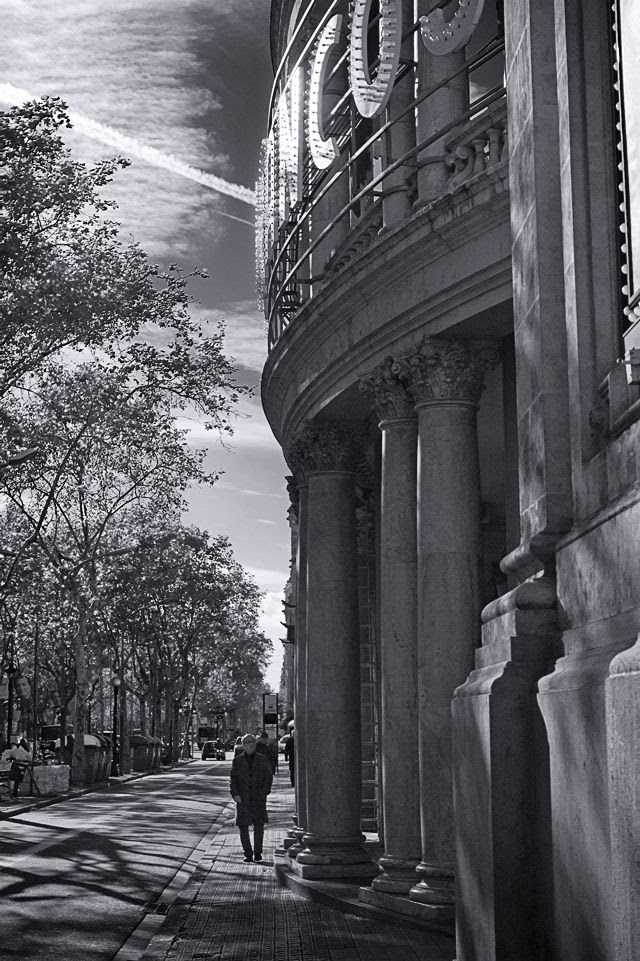 Man walking by Coliseum movie theater at Gran Via de les Corts Catalanes, 595 in Barcelona, one of the last single screen cinemas in the city with capacity for an audience of 1689 people. Conceived by architect Francisco de Paula Nebot in 1923 it has been run by Balaña movie chain since 1958. It used to be Paramount Pictures' showcase cinema during its golden years. The building is basically a theater at present with several plays on schedule. Check official site here (Spanish)
Posted by Carlos Lorenzo