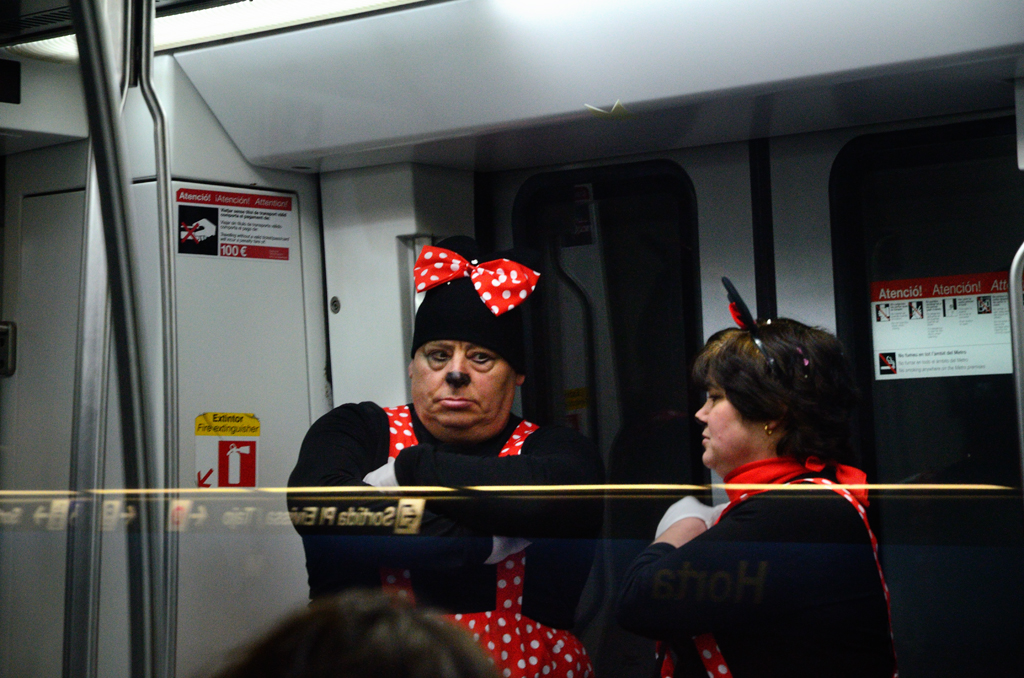 Carnival in Barcelona is enjoyed with passion, all the passion that a European carnival can have. I mean, this is not Rio with all the moving flesh and the stamina the tropic brings. Within Europe, maybe it is not as beautiful as the one in Venice. In that line of thought, Venetians also tend to be a little rigid when it comes to shaking their hips in comparison to a Brazilian girl, probably in fear that masks fell from their face, who knows? In other words, we celebrate it with joy, shake our butt a little and try to make it as colorful as can be in order to forget for a while about economic crisis and corrupted politicians.

In Barcelona, for carnestoltes as it is also known here, there is the big parade or Rua (Catalan) in which each guild shows off their float and group choreography, and then there are small ruas held in parallel celebrations at neighborhood level.

As you may know, Carnival starts with Dijous Gras (Fat Thursday) and finishes with Ash Wednesday right when Lent begins. It is based in old pagan winter festivities normally drenched with wine and open to other liberties which Greeks and Romans were so prone to and such habits were later adopted by Christians in their own let's say penitent way, interpreting this brief period as a time for a relaxation break before dealing with the fasting hardships of Lent. Only for a hearty meal and a little wine, of course.

Around here, on Ash Wednesday, we make a funeral and bury a sardine, yes, we like to be different. Who wants to have sardines after having so much food and drinks. We have even created the figure of a guy, Carnestoltes, the appointed King of the Carnival, that dies every year, in some towns of a sudden death and in some others including Barcelona, after a public trial in which he is sentenced to death. The king, always ends up burnt to ashes, and as you may have guessed already, sometimes alive and sometimes being already a corpse. Whatever the way, he is given a non religious burial in accordance with his dubious nature and as a way to purify our repentant community from these days of sinful behavior. Obviously there is still a lot of pagan in our Christian souls somehow.
Posted by Carlos Lorenzo