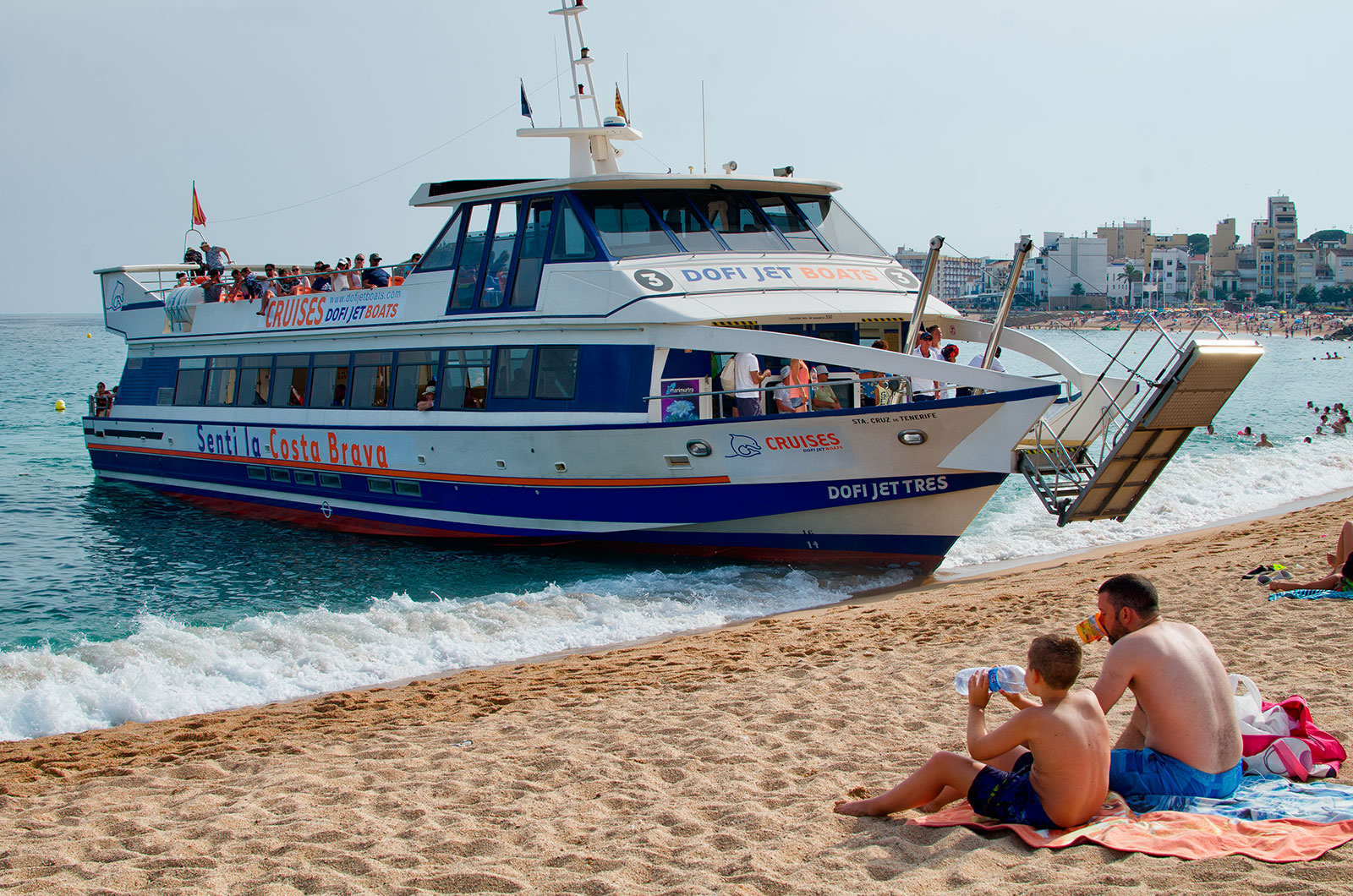 If you are planning your vacation on Costa Brava, the town of Blanes should be on your list not just because it has a long and wide beach from where sightseeing boats like this depart or because you can find budget accommodation in all inclusive hotels or in a nice Catalan villa, but also due to the fact that the door to Costa Brava, as it is known Blanes, has much more to offer than you could think of:

First of all, its Mediterranean history, a history that tells us of Iberian settlements upon whose ruins Romans built an oppidum, "an ancient Roman provincial town lacking self-government, especially one having walls and fortifications and serving as a provincial strong point" (Merriam - Webster), which they called Blanda or Blandae after a city by the same name in Lucania, a region from ancient Italy. Remnants of the Roman Blanda were found during the els Pedrets excavations in the 70s and also at the parish church, at Racó d’en Portes and near Sant Francesc hermitage. The reason for these strongholds to exist were basically for protection of the coastal towns from pirates or from land incursions.

Of course history extends further, a history of landlords, of castles, of Genoese attacks, of Catalan splendor, of invasions, of migrations to America (Havana, Montevideo and Buenos Aires), but I will not digress.

Based upon such rich past, there grew a fishermen town with an intense activity that was also centered in the industry of textile and cork. Shipyards building fishing boats, frigates and brigantines were also part of the city's main industry in previous centuries. As you can guess, much of those early trades are now secondary to tourism although fishing is still around. Worth mentioning is the local fishing fleet that every morning sails the Mediterranean to bring their fresh captures to be auctioned and sold at nine market stalls from where they go straight to meet the touristic demand.

Blanes together with Lloret de Mar, Malgrat de Mar, Tordera and Palafolls municipalities is part of what is known as the Catalan void, a territory between Maresme and La Selva comarques. This area experienced an important demographic and town planning growth during the XX century. Important migrations from the South of Spain took place then, first during the 20s after the opening of the SAFA artificial fiber factory (1923) and later from 1955 to 1970, coinciding with mass tourism boom. This considerable flux of migrants gave Blanes its unique trait, a melting pot of cultures, from where new Catalans were born.

But why is Blanes good for holidays?

A good reason to visit could be the local cuisine. Take for example this incredible paella I had at Celler Sant Antoni  restaurant very conveniently located near the beach and the marina. I'd also recommend laBalma restaurant or the terrace of Es Blanc. 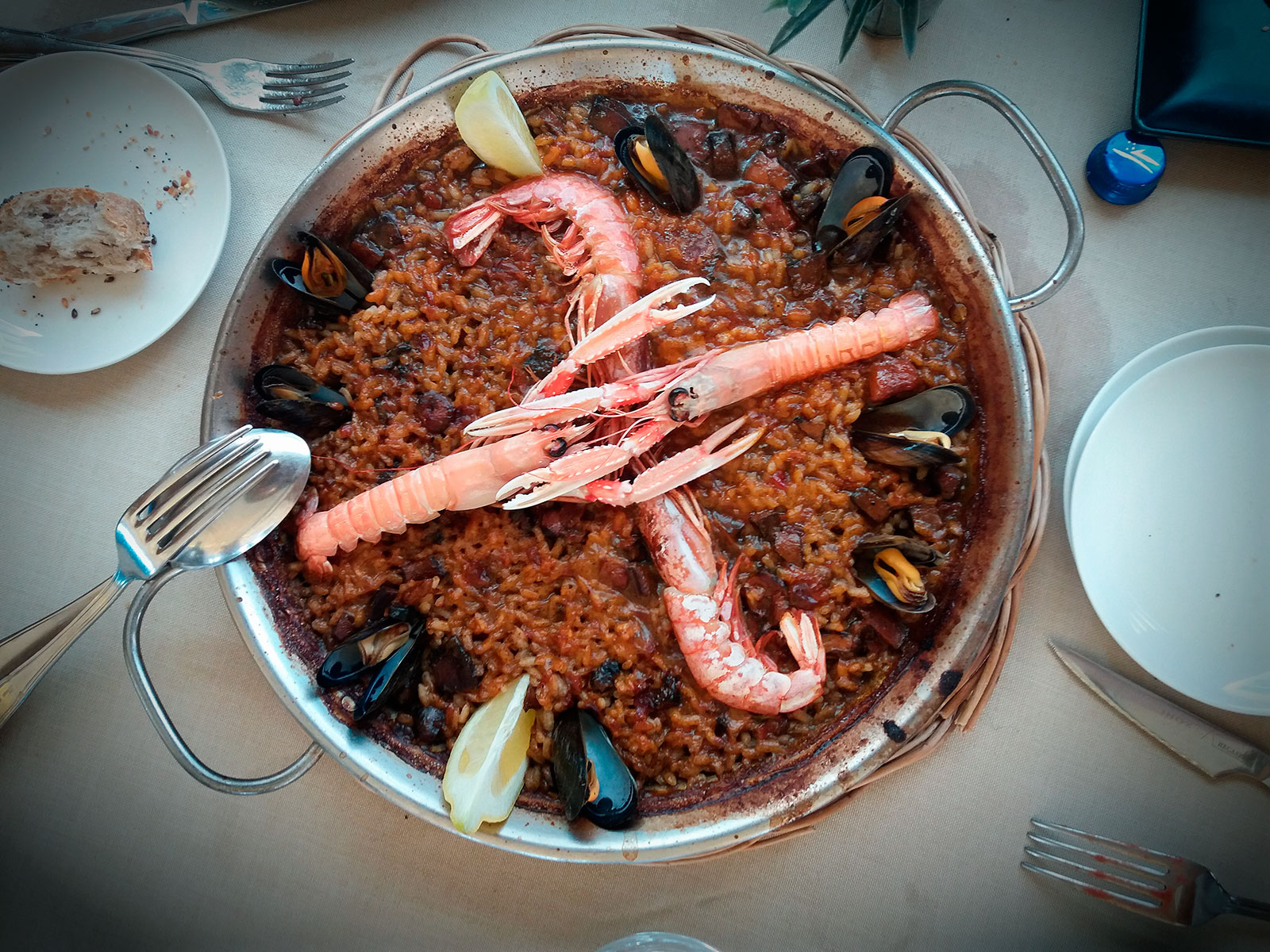 Another reason may be because accommodation is cheaper than in other Costa Brava towns like Cadaques or Begur for example. Vacation rentals in Blanes might as well be another affordable option for you. From there you could move along the coast easily visiting nearby towns.

Besides eating and sleeping of course, there is always time to walk along carrer Ample to find the beautiful Gothic fountain from 1438, look for Casa Saladrigas by a disciple of Gaudi, visit Marimurtra, one of the most beautiful botanical gardens in the Mediterranean, organize a wildlife tour to the Tordera delta, dive in Blanes waters, escalate to the 1582 convent on top of the cliffs overlooking the port or the castle of Sant Joan (better to go by car) and last but not least buy vegs and fresh fruit at the daily market at Passeig de Dintre.

There are plenty of other things to do in Blanes, like going hiking along Cami de Ronda till Cala Bona the favorite beach of locals or getting lost in the intense nightlife of the little cousin, Lloret de Mar.

The list might go on endlessly. I hope that after you enjoy your Costa Brava holidays you come up here and share some more hints with our community.