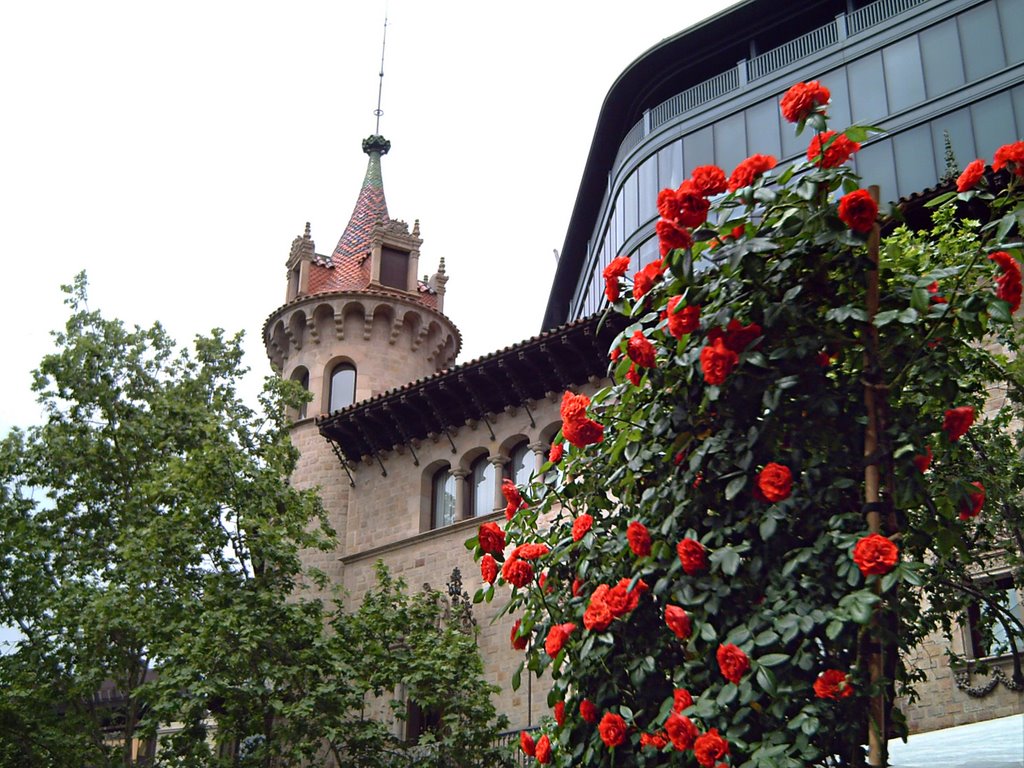 Yesterday Barcelona celebrated Saint George's Day (Sant Jordi), patron of Catalonia. It is the day to buy flowers, mainly red roses and books. This year is the 80th anniversary of the Book's Day (1926). Since 1930, it takes place the same day as Sant Jordi. You should know that April 23rd is also the day Shakespeare and Cervantes died in 1616.

Sant Jordi's Day was declared holiday in the city of Barcelona in 1456. Saint George is also patron of England, Greece, Georgia...so much for the introduction. I have chosen a picture with some beautiful roses you could buy at a stall just in front of the Diputació de Barcelona building (the Barcelona Provincial Council). To have an idea of how many people attended the event check this other picture.