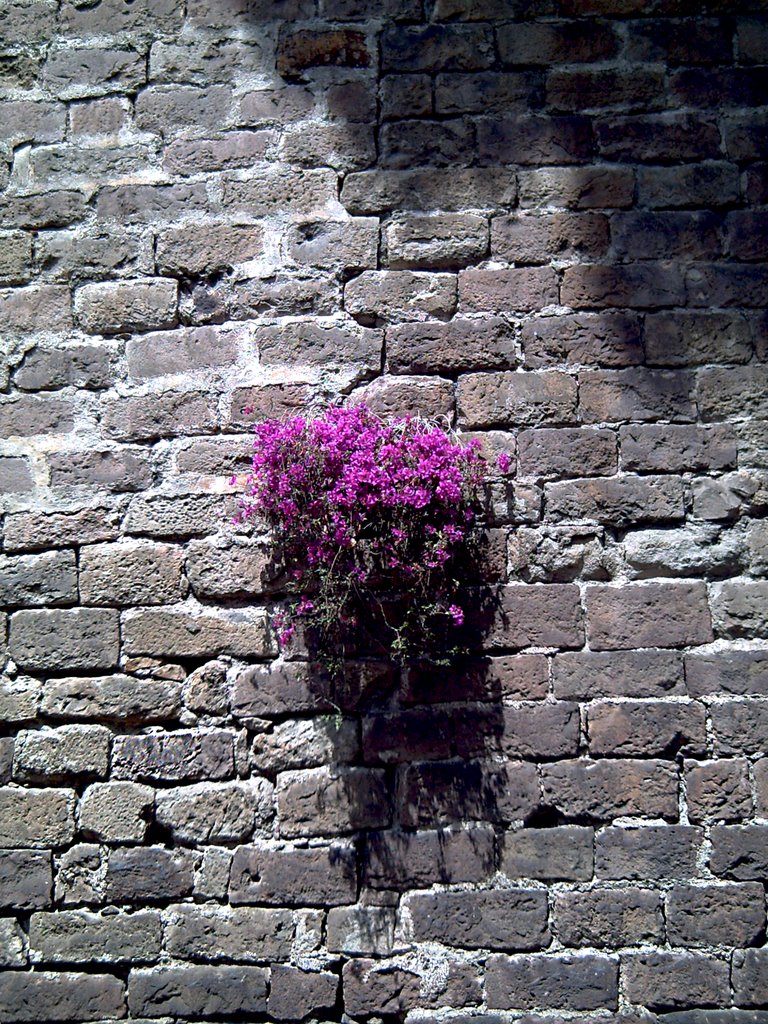 This would be just any other bunch of wild flowers growing whimsically on a plain wall, but it happens that we are talking about no ordinary kind of wall: this is the last testimony of Barcelona city walls demolished after 1864. A pretty well preserved section including some fortresses at the western corner of the old city limits facing Montjuic and next to Reials Drassanes (Royal Dockyards), turned into the Naval Museum or Museu Marítim of Barcelona. This gothic style building is one the most complete Medieval dockyards in the world. Later on, I will show you some pictures of the whole wall.