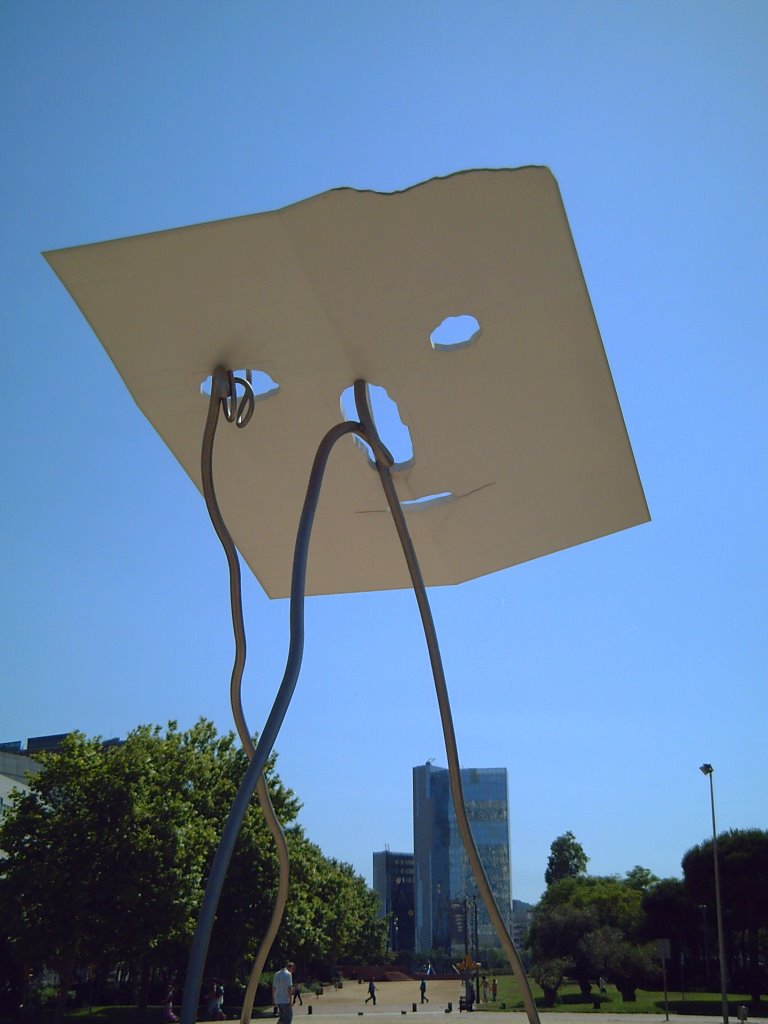 Just in front of Hotel Arts and Torre Mapfre there is this funny sculpture called David and Goliath by Antoni Llena, Barcelona (1942). It is one of the 50 sculptures commissioned to several artists during the Olympic Games in 1992. Antoni Llena was already known because of his work with paper or plaster. As you can see, the face resembles a piece of cut-out paper, in fact it is an aluminum sheet standing on three metal tubes.