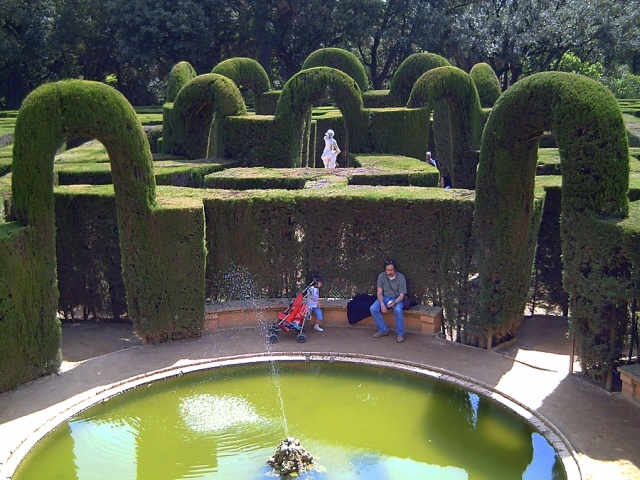 This is not the first time you see Horta Laberynth Park or Parc del Laberint. It appeared in this photoblog by mid April 2006 as Get Lost in the Green Maze of Horta or Grotto of Echo and Narcissus at Laberint d'Horta. Those were small size images so I hope you enjoy a little bit more this time. In the photograph you can see a fountain and a father with his daughter, taking some rest at the intersection of the labyrinth's paths. I was standing on a balcony that overlooks the maze and from which people use to tell lost explorers the right way to take. Right below me, is the statue of Echo and behind my back the rest of the park, which is a romantic garden with a lot of history, some comfortable nooks and many sculptures to admire.

The park is on the slope of a hill in Collserolla mountains at the upper part of the city. You can get there taking Subway Line: Green (Stop: Mundet)