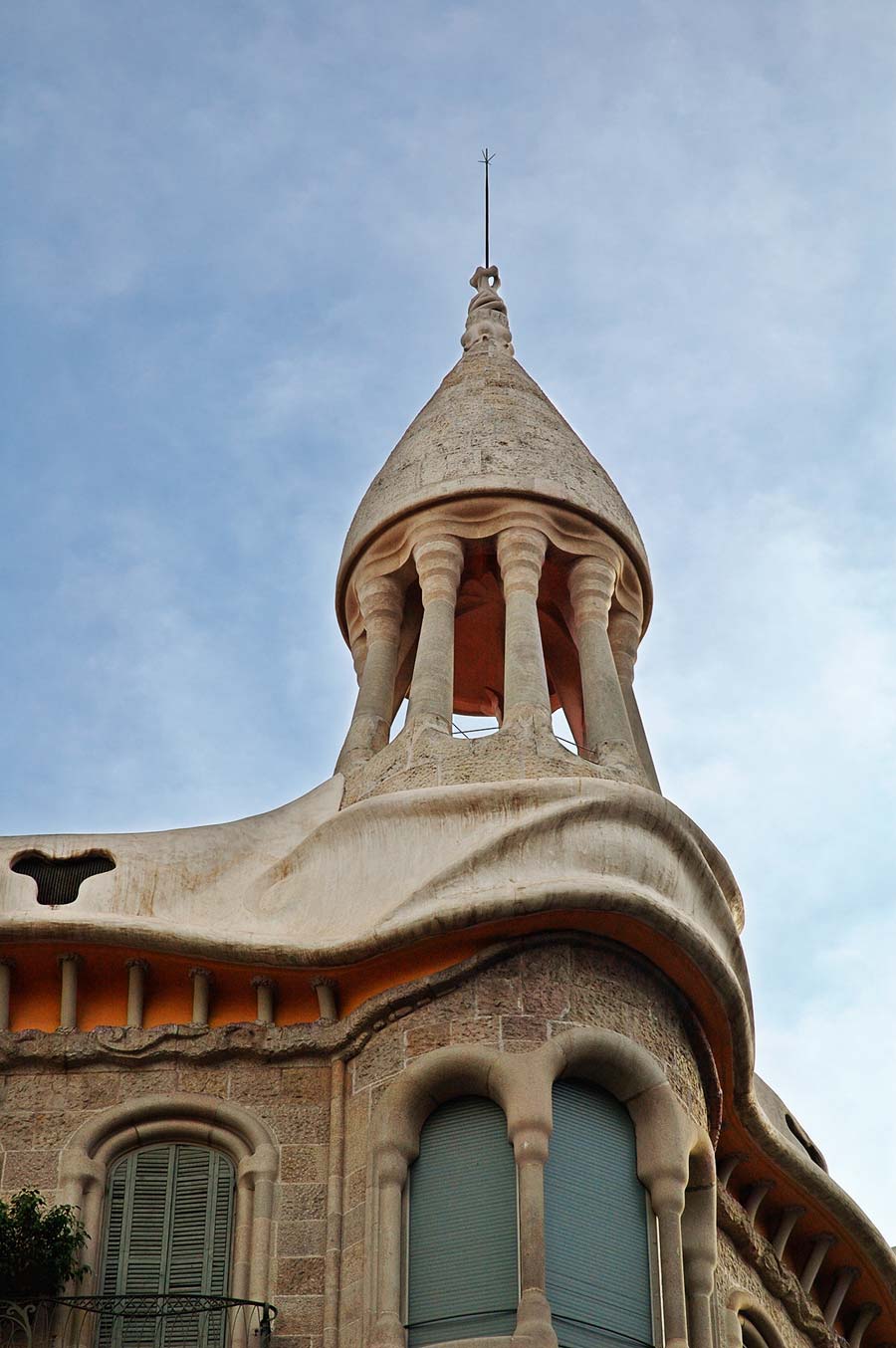 Art nouveau buildings are surrounded by mysterious auras that can only be perceived if you are spiritually prepared. The same way auras come in many colors representing different levels of energy or so they say, modernist houses emit some kind of ectoplasm of uncanny origins that seduces, mesmerises those who behold their sinister beauty.

Of course, you've got to have that something in your soul that lets you see things, that ignote power that allows the connection between you, an insignificant end user and the universal stream of knowledge, the legacy of past generations, the richness of human culture and the message that somewhere, someday, another person, an advanced user in this case, left inside a bottle and cast upon the waves of time.

This is Casa Sayrach and the way I see it in my dreams. But let's give some facts about Casa Sayrach: The Sayrach House was built in 1915 by architect Manuel Sayrach i Carreras and it is eclectic in style although it follows modernist schemes, especially those present in Gaudi's works. In fact it is one of the last relevant buildings of the so called late modernist period. The building has been declared of local interest and part of our cultural heritage. It is exactly located on Avinguda Diagonal 423, on the corner with Enric Granados street, on the left side of the Eixample district in Barcelona.
Posted by Carlos Lorenzo