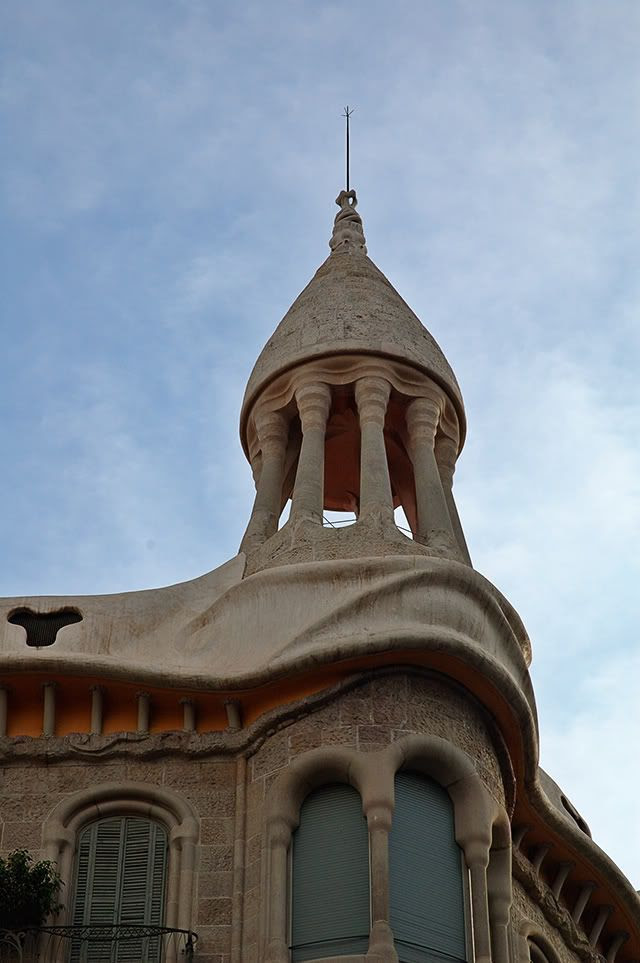 This is a detail of Casa Sayrach at Diagonal Avenue 423-425 next to Enric Granados street, one of the best representative houses of late Barcelona Modernisme. Influenced by Gaudi, Manuel Sayrach i Carreras built it in 1918 although the project was signed by Gabriel Borrell. It was restored recently and it is often ignored in traditional routes. The architect didn't have a vast curriculum but was wealthy enough to allow himself every whim. Casa Sayrach is considered to be the last manifestation of Modernisme and that makes it even more relevant. By the way, downstairs on the very corner there is a luxury restaurant called La Dama (the Lady) which is a must for gourmets. As today's detail only features the tower I will show another angle including the whole building tomorrow although it appeared in Barcelona Photoblog in the past: Casa Sayrach and here Modernisme in Black and White