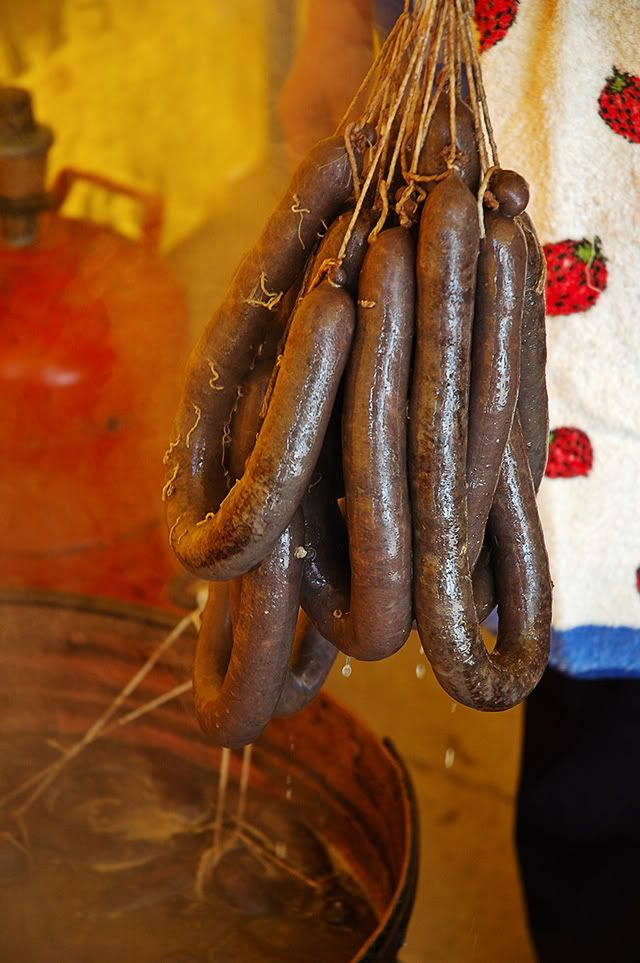 This boiled white sausage ristra I captured with my camera a long time ago but now that Spring is coming and people in Catalonia tend to set out for countryside barbecues, it looks relevant. The sausages or butifarras in this story were cooked during a matanza (pig slaughter) that took place in Lleida, one of Catalonia's provinces. Some more pictures and comments about traditional Catalan cuisine were published here in the past: Blood Sausage and Catalan Sausage
barcelona barcelona+photoblog barcelona+photos barcelona+pictures barcelona+photography barcelona+images nikon+d70s
Posted by Carlos Lorenzo