Obelisk at the Intersection of Passeig de Gracia and Diagonal, Barcelona, Spain 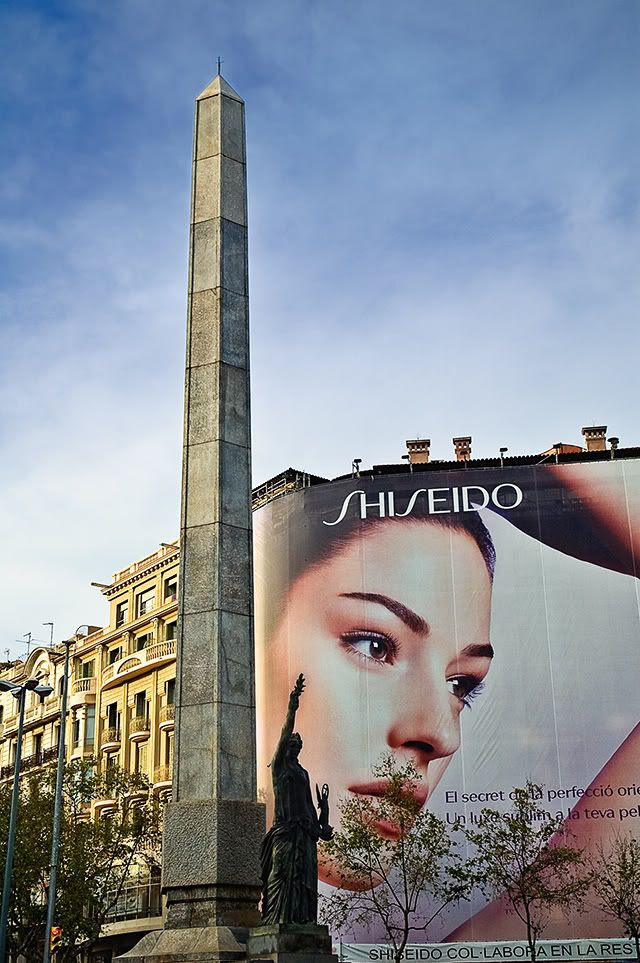 This obelisk you find at the intersection of two main arteries in Barcelona, Passeig de Gracia and Diagonal. Known as the Lápiz (the pencil) it is located on the center of a quite peculiar crossroad that goes by the name of Cinc d'Oros (Five of golds, that is, the golden coins, one of the suits in the Baraja Española or Spanish cards) due to four lamp posts that used to surround the monument. The sculpture represents Franco's victory and dates back from 1940 (I can't believe it is still there considering what it represents!). Well the woman was sculpted by Frederic Marès. It must be said that the original statue (1936), by Josep Viladomat, was dedicated to the Republic, the lady was wearing no robe and instead of being on the present pedestal it was standing on top of the obelisk. Most of all, I enjoyed the combination with the beautiful face in the background, thanks to that the Lápiz looks less boring.
barcelona barcelona+photoblog barcelona+photos barcelona+pictures barcelona+photography barcelona+images nikon+d70s
Posted by Carlos Lorenzo