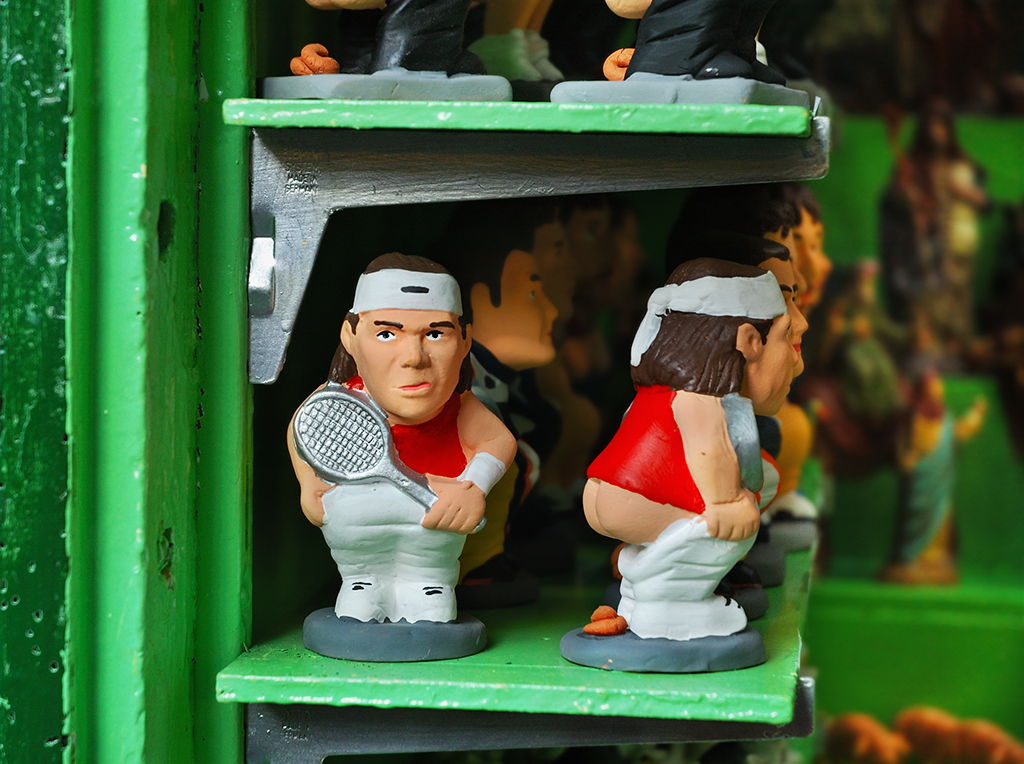 Among the many traditions of Catalonia, there is one which is rather peculiar: the Caganers. These small figures that originally represented a payés (peasant) making "number two", are part of Catalan nativity scenes. There was a moment in history in which not only the peasant was characterized in this prosaic posture (feces included) but also celebrities, local authorities, religious men, international renown personalities, presidents. This year's sensation was Obama. I showed Fidel Castro and Bush together in a previous post. I visited Santa Llucia Christmas market and chose this one for you, number one tennis player Rafa Nadal. I suppose it is always pleasing to show people as they really are, deprived of all the aura and power. I hope you don't feel offended and get to understand this deep rooted tradition of ours.