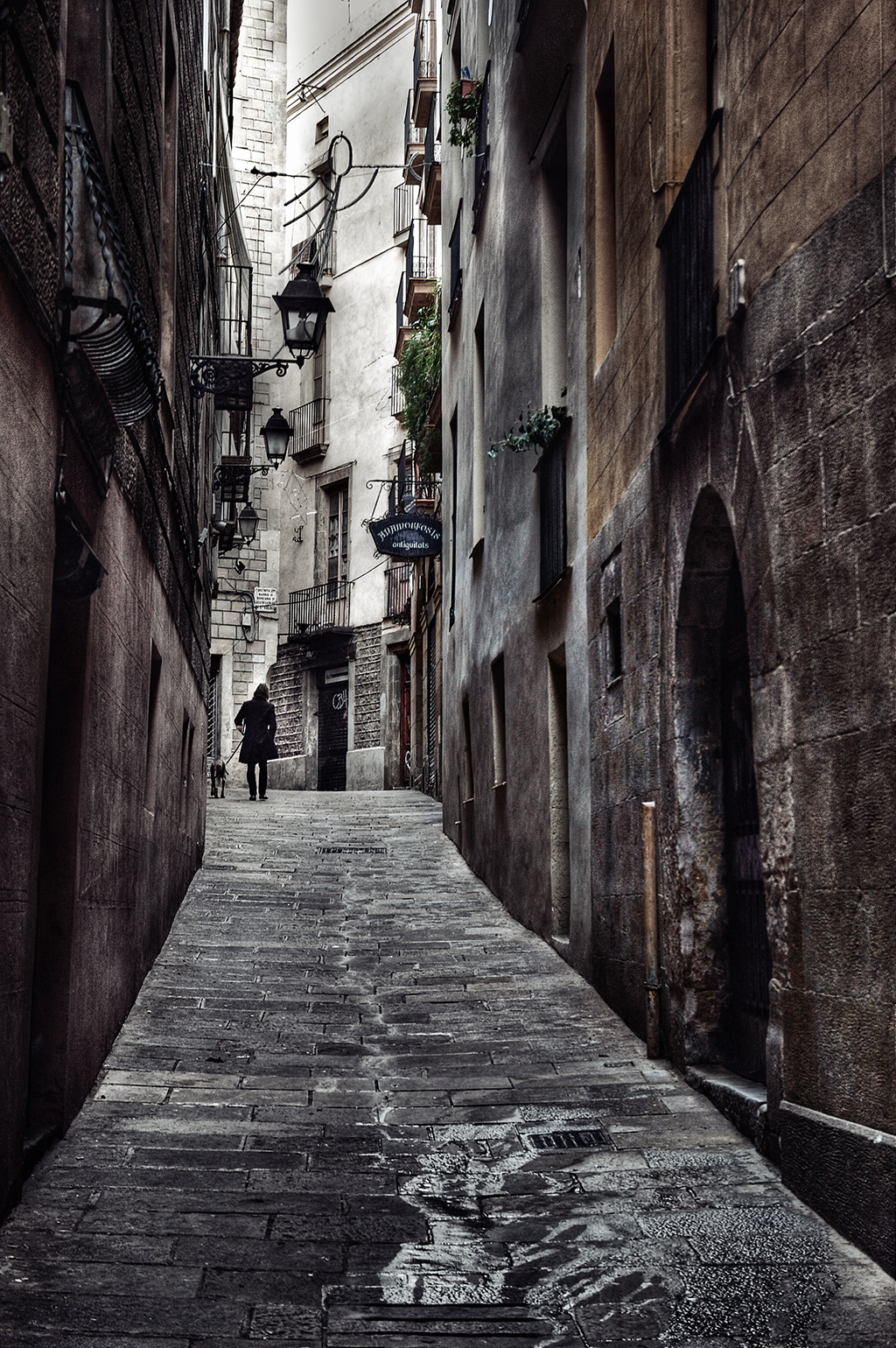 What's in an alley? They are just spaces surrounded by walls. I mean, if the buildings were not that close they would be plain ordinary streets. There's something in the atmosphere of an alley that is determined by its narrowness, an almost tangible sensation triggered by all kinds of stimuli. There's the bad smell of sewers, of damp walls, of mossy surfaces, the good smell of food or clean laundry coming from very close balconies. Your eyes are bombarded with rounds of large wooden doors and whimsical knockers, exuberant plants entangled in forest-like canopies, old lamps with elaborate ironwork, dark impossible staircases, eclectic windows with cat add-on included. And there's the sound, the sound of too friendly neighbors, their laughter, their cries, their TVs and door bells. The sound of the guys delivering butane gas shouting and clacking on the orange flask, the scissor and knife sharpener blowing his peculiar flute to make people come down. The noise of kids playing in the street like in the good old days. Such is the atmosphere of an alley, any Barcelona alley, like the one where this man is walking his dog.
Posted by Carlos Lorenzo