Heads of State Caught in Barcelona Shop During Solemn Act 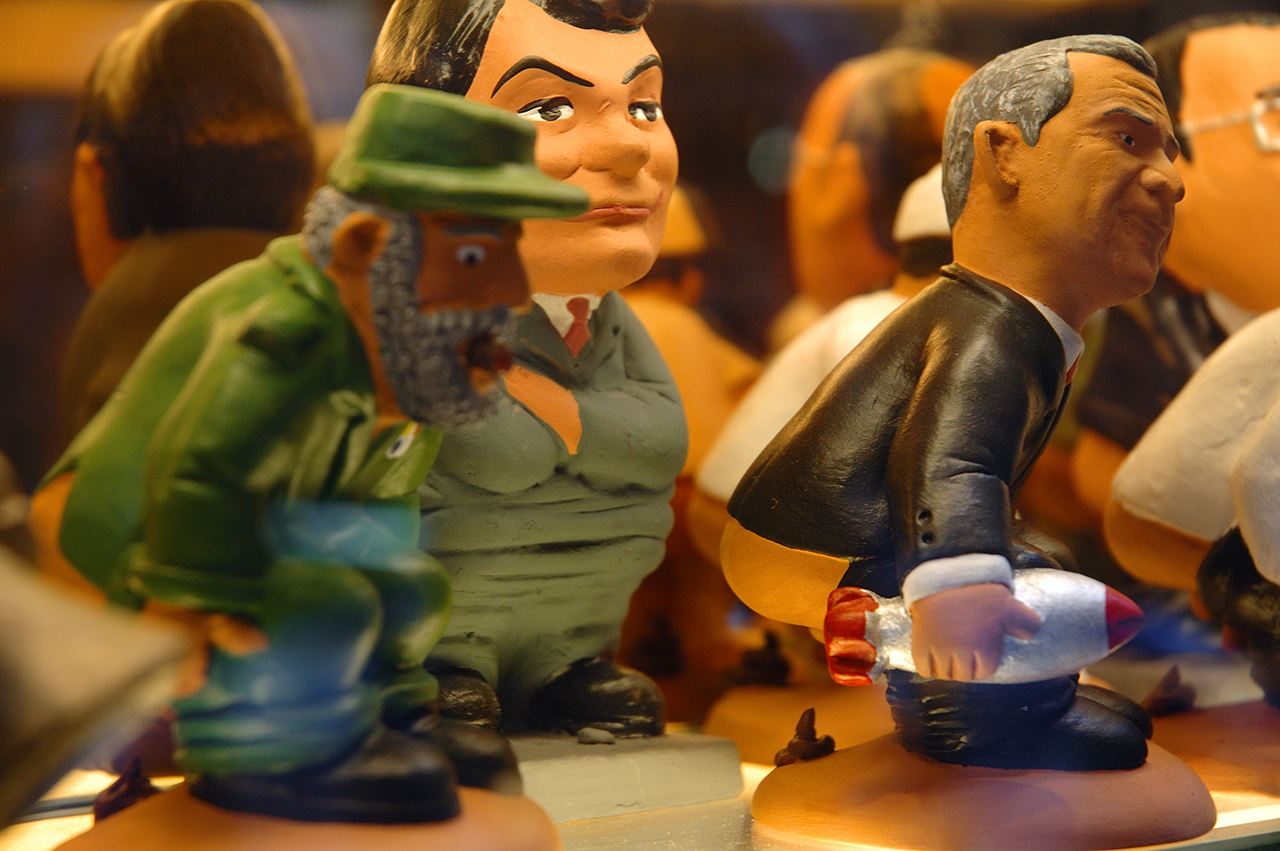 Heads of state are human after all. They have to look elegant, sound clever, have good manners and an impeccable resumé perhaps, all of that creates a sort of idyllic aura that makes us forget about who they really are. We say, hey look, the president, it's the president himself, oh my God. But then come to think of it they are made of flesh and bones like you and me, and though they represent us nothing can stop them from being common mortals with disgusting needs. It is at that very moment that politics becomes just that...shit and men remain equal.

These small figures are called caganers which means someone that is in the act of, you know. It is traditional in Catalan popular culture where it is common to mock local personalities in a funny and naive way. This shop is located at carrer LLibreteria in Barri Gotic (Gothic Quarter). I almost forget to mention the characters: from left to right, Fidel Castro Ruz, commander in chief; the honorable, Mr. Artur Mas i Gavarró, Catalan politician and Mr. George Walker Bush, the 43rd and current President of the United States of America.