Grilled Leaks Soaked in Romesco Sauce? No, Just Some Calçots 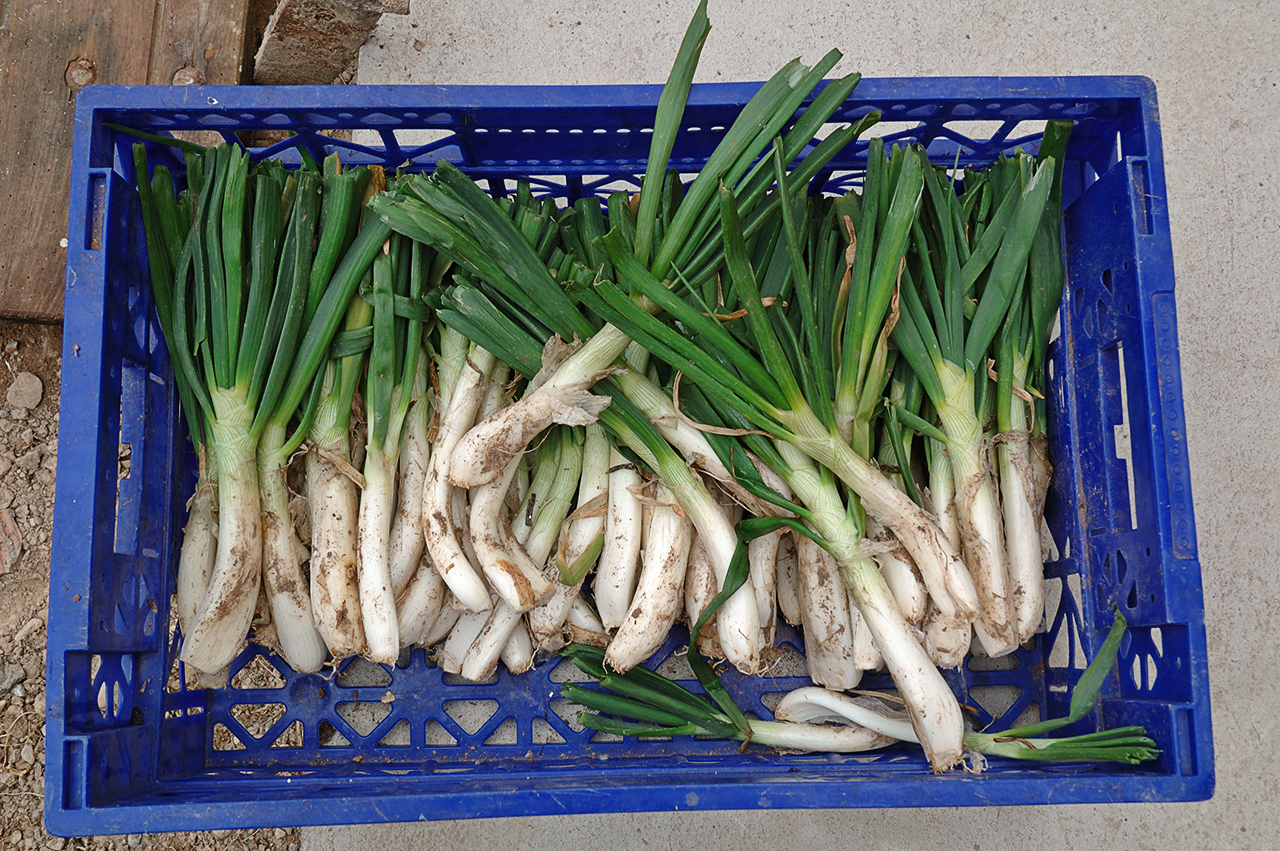 Do you dig grilling some baby leeks to later soak them in romesco sauce? I do! Well, it is not exactly a leek nor it is an onion or a garlic plant but something in between. It definitely reminds you of onions when you smell it and taste it. Maybe the only difference is that calçots, as such is their name in Catalan, neither bite nor make you cry.

Here you have a great bunch of calçots that are traditionally consumed this time of the year. I won't get any deeper into the story about what they are or the ritual followed before and during a calçotada since that has already been described in this previous post of mine: Catalan Traditions, La Calçotada.
Posted by Carlos Lorenzo