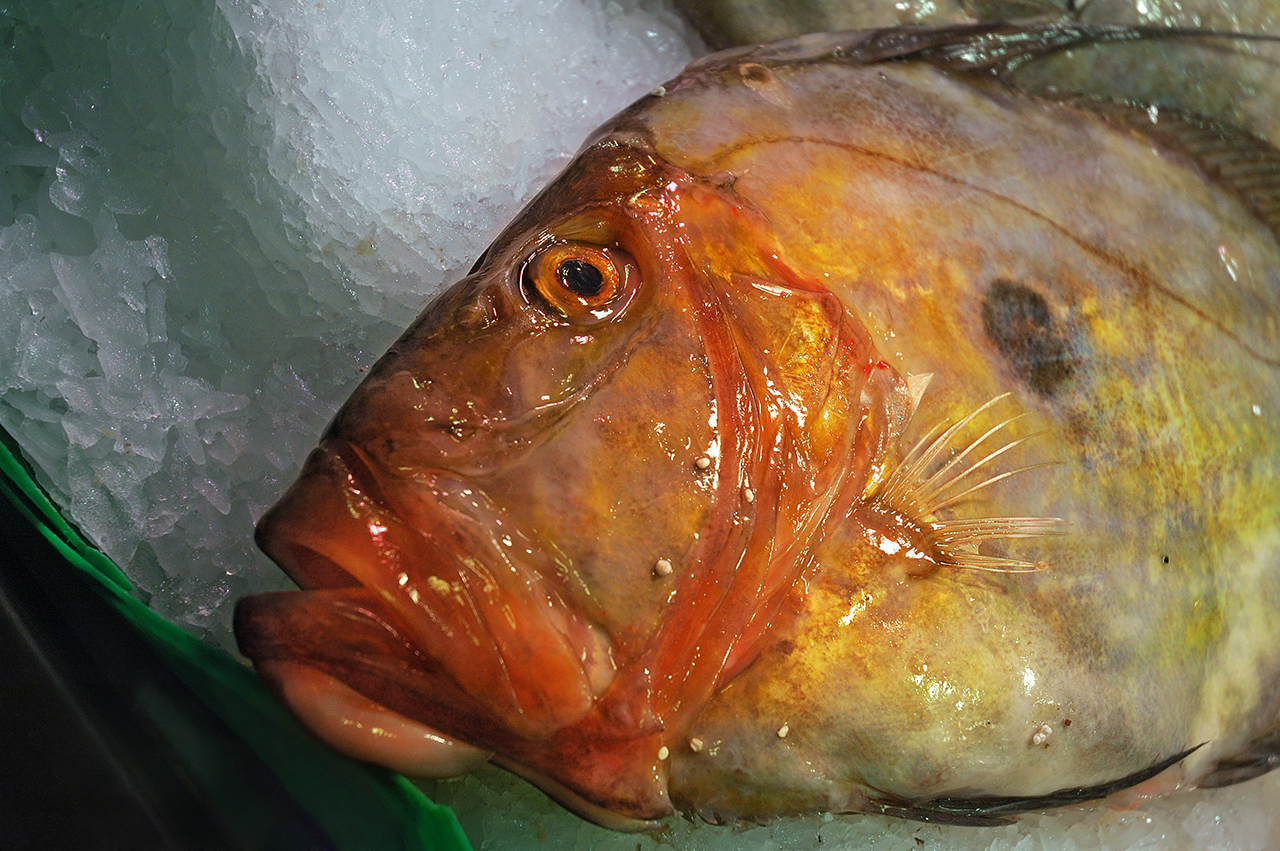 As with all species mentioned here in the past, there is a certain percent of error in the classification I give since many times I forget to write down names when I take pictures. This one looks like a John Dory or Zeus Faber (Gallo, Ceo, Zeo or Pez de San Pedro in Spanish).

The name Gallo (rooster) is also given to other species of fish in Spanish that are different in appearance and have different scientific names such as Lepidorhombus wiffiagonis aka Megrim.

This is not an ichthyology treaty so just concentrate on the fresh appearance and the fact you can buy some at La Boqueria market in Barcelona or maybe other fish posted in Barcelona Photoblog recently.
Posted by Carlos Lorenzo