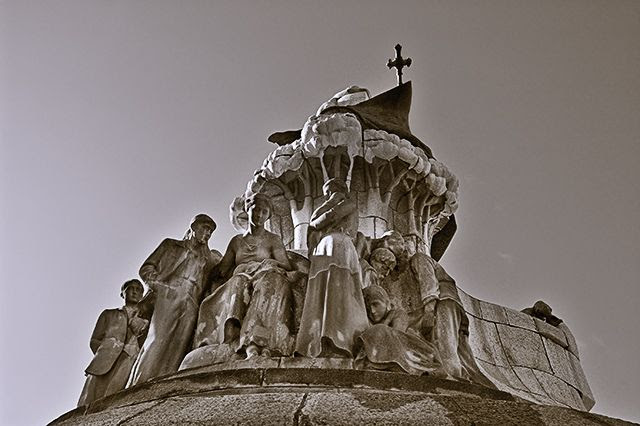 On Plaça de Tetuan, Barcelona at the intersection of Gran Via de les Corts Catalanes and Passeig de Sant Joan, there is this magnificent monument built in honor of Bartomeu Robert aka Dr. Robert, physician, teacher, renown Catalan politician and city mayor after 1899. Based on a project by Domenech i Montaner, the monument was finished by sculptor Josep Llimona in 1910. It was originally located at Plaça Universitat but later dismounted and stored during Franco's dictatorship. The sculptures remained well preserved till they were set back in place at the new location in 1985. The main figure is on the other side but this group of people representing the Catalan family and Catalan workers really caught my attention, in the morning light against the sky.
Posted by Carlos Lorenzo