Barcelona Photoblog: Immigrants: Through the Mirror

Immigrants: Through the Mirror 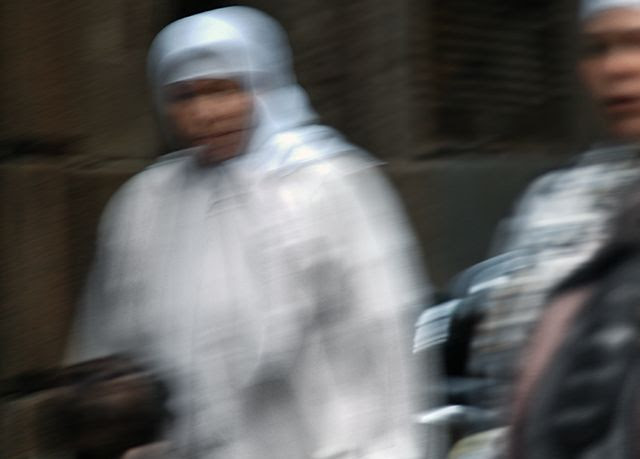 Ghosts pass you by, wandering, roaming the streets like penitent souls. You could swear you saw two of them out of the corner of your eye. You try not to stare at those in another dimension, passing through the mirror. They don't seem to be real, so "different" as they are. And there they go, in silence. They do stare at you from time to time, or so it seems, as if they would like to say something but they cannot communicate with you being on the other side. Someone sent them to that uncertain world to pay for sins that never were. But wait a minute, are you really sure which side you are? What if your side of the mirror is not paradise? Please don't judge other people by appearances, get rid of those prejudices, just who do you think you are? You are nothing but another monkey on the more idyllic side of the woods. Homo sapiens are just a bunch of immigrants no matter what. Who told us to leave from Africa anyway? Humans go from place to place at will. So it has been and so it should be forever more. Borders are meant to be trespassed. So think twice, maybe you are the immigrant next time.
Posted by Carlos Lorenzo