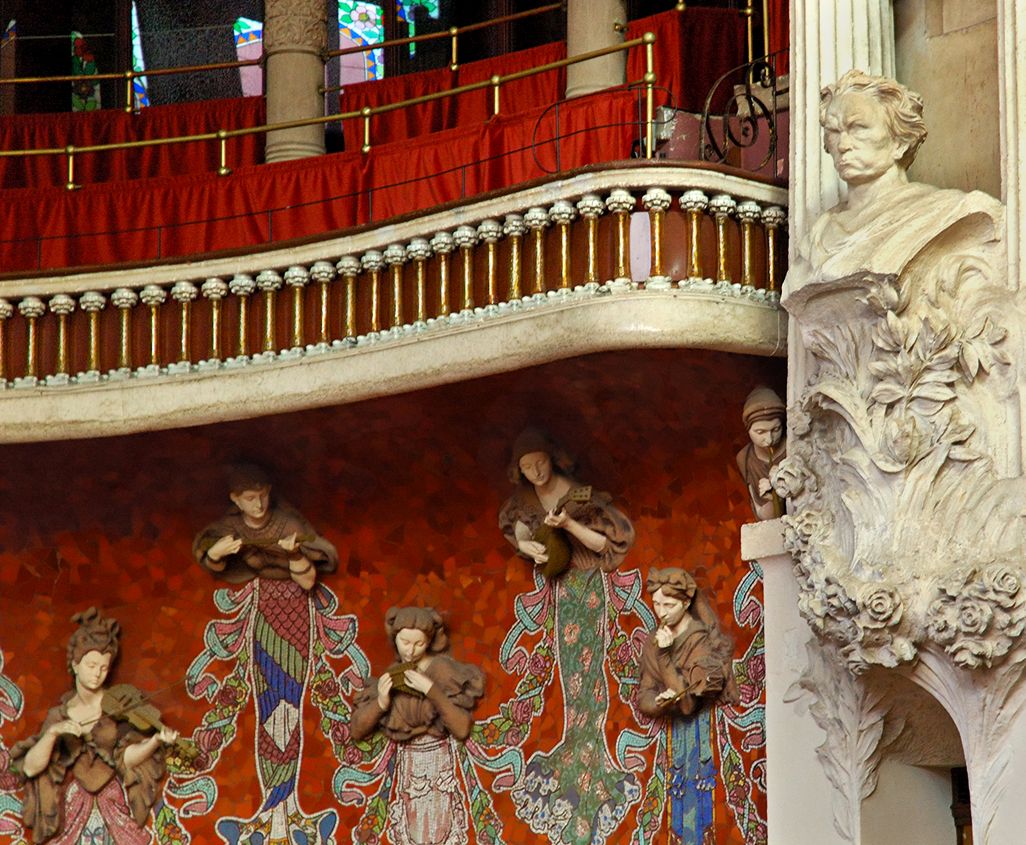 In spite of the awful framing and the rest of technical errors, due to the secrecy of the snapshot,(remember it is generally not allowed to take pictures inside Palau de la Música Catalana or Catalan Music Concert Hall) you are able to see just there on the left, at the end of the stage...

Six of the Nine Muses by Eusebi Arnau coming from the wall like silent ghosts.

There were three ushers and a lady carrying a staff badge, personally reminding me not to shoot, although some people in the middle of the audience managed to take out their compact cameras and I could see some flashes fired. Nevertheless, whenever I raised my reflex someone came and told me off.

Anyway, this stolen glimpse at one of the altars of Catalan modernisme made breaking the rules inevitable and almost justifiable.
Posted by Carlos Lorenzo