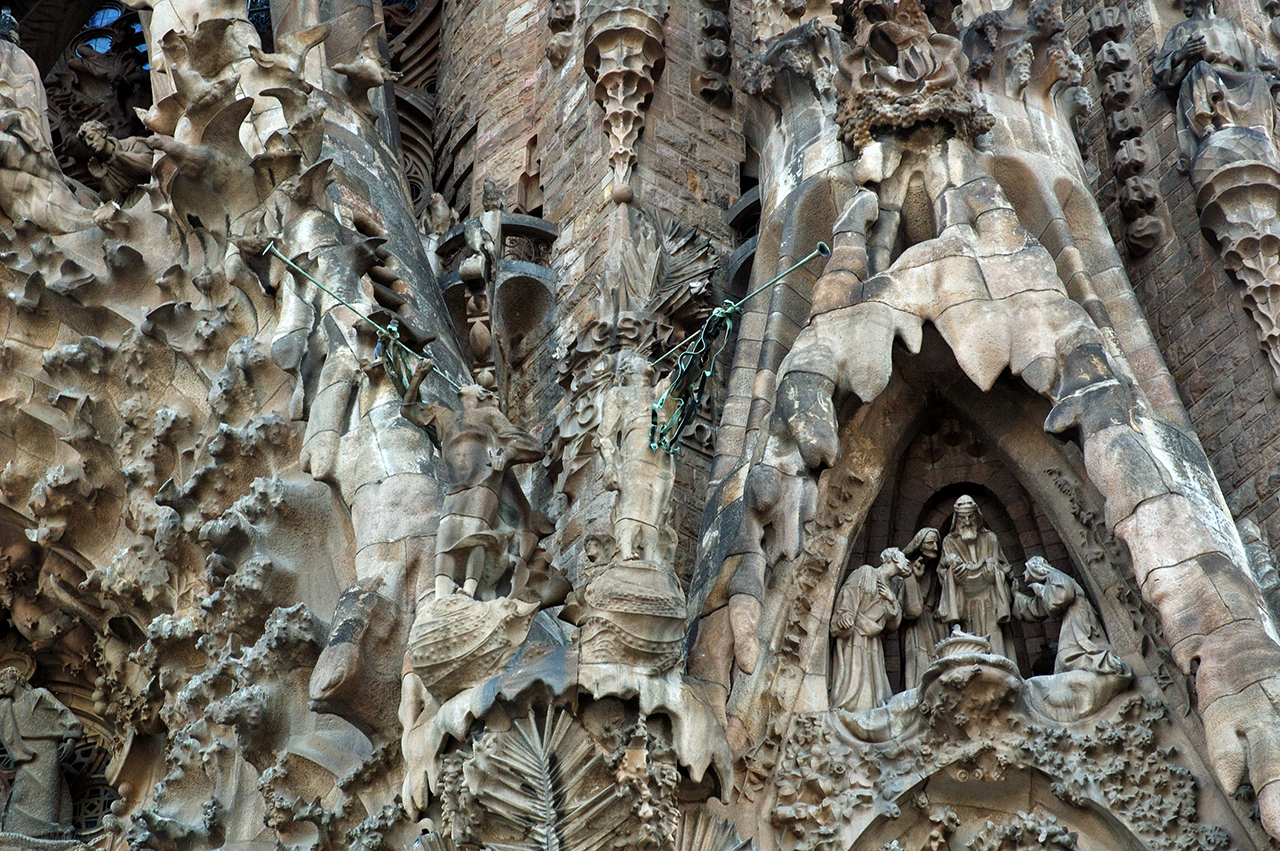 This is a detail of the Nativity Façade by Gaudi. An explosion of imagination, the artist at his most.

I like those wingless angels blowing the trumpets. Did you know that Gaudi firmly believed that angels had no wings and so it goes that no angel in the basilica is represented as such?

Composed by Portal of Hope, Portal of Charity and Portal of Faith and with Joseph, Jesus and Mary as the center in each of them, Nativity façade  is my opinion much more attractive to the eye.